If you're raising a teenager in Singapore right now, you're going to need these tips for keeping cool. Parents: you've got this. This too shall pass.

In the blink of an eye, your cute-as-pie bubba is demanding driving lessons, costing you a fortune in teen clothes (will they ever stop growing?), and huffing ‘n’ puffing up a storm (all because you asked them to organise their room). Teens. We’ve all been one (we survived; our parents survived) and now we’re facing the trials and tribulations of raising our own adolescents. So we know that parties for teens have to be amaze, and we’ve picked up some inside advice on what teens really want to do here in Singapore… but what else have we learned? They certainly have a tendency to grunt a lot, and they definitely appear to prefer their phone apps than talking to us, but how can we steer them in the right direction when it comes to dating, moving overseas and not eating hamburgers for breakfast? HoneyKids mum, Tracy, is the proud owner of a 16-year-old son and has learned a lesson or two in the art of raising a teenager in Singapore along the way…

It’s them, not you

Try not to take things too personally. Yes, it’s difficult when someone is slamming doors and in a serious mood (still talking about the kiddos, not us). Count to 10, sit down with a big mug of coffee (wine also an option) and know that it really is them and not you. And, if the mood seems particularly relentless and unbearable, do have a wee look at our guide to spotting depression in teens, just in case.

Keep a well-stocked cupboard (and hide your goodies)

No matter how many trips to the supermarket you make, and how well-stocked the cupboards are, it will never be enough to keep teen hunger pangs at bay. You’ll need some money-saving tips just so you can fund their diet. Also, if you have a lovely little snack (think expensive bar of choc) you’ve been keeping for a moment of self-indulgence, HIDE IT. If you have a teen in the house, it won’t still be there when you want it otherwise.

Entertain them, even if they protest (they will)

Teenagers sleep a LOT. Almost as much as they raid the cupboards. Try and tip them out of bed, despite their protests, to join the world beyond their bedroom. Sign them up for a cool sport for teens, or even just drag them to a movie: there’s plenty of great blockbusters out this year, as well as some awesome book-to-film adaptations. And if they really won’t leave the house, rummage up some of those snacks you’ve stockpiled and chill out and watch one of these ‘coming of age films together.

Have the important talks

Okay, so it may seem like you just got your fluffy-haired toddler to finally sleep through the night, but that cute tiny person is now a fully fledged teenager in the throes of puberty. Inevitably, your teens are going to start dating: no matter how totes awkward it might feel for them – and you – check in with your sons and daughters to make sure they absolutely understand the facts about sex and relationships. Don’t presume that school has covered all the birds and bees business for you, and let them know that you’re always there to listen if they need some non-judgy-pants advice. They WILL cringe, but have the talk until they get the message about consent, contraception and self-respect. We’re cooler than we look, kids! 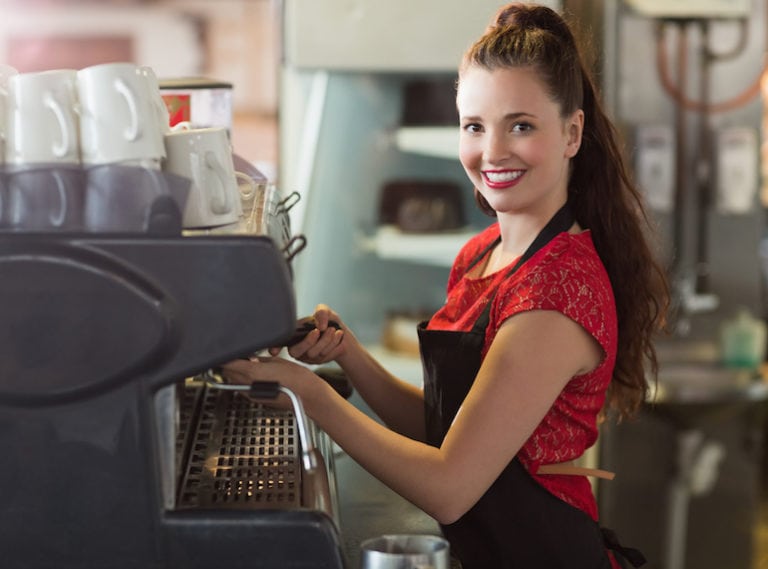 It’s fair to say that teens tend to think the world owes them a favour. Growing up with live-in help, over-employment and in a country where it’s rare to move out of home until you’re married (even after you’re married, god help us) may not be doing them any favours. Give them chores to do around the house, or better still encourage them to get a part-time job. Using their brains *may* alleviate the door slamming and moods (see #1). There are also plenty of worthwhile volunteering ops open for them and you to try (bonding opportunity right there!).

Accept that you are not cool (for now)

Friends are way cooler than parents and they won’t want much to do with ‘boring adults’. One day they will come back into the fold and want to spend time with you again. Until then just smile and wave (a lot) and keep telling them that you love them: even if that is super #cringe.

Teach them the ways of the world

If you’re parenting an expat kid (and trying not to raise an expat brat), chances are your teen may not be as street-smart as the kids in your home country. We love that kids get a longer, more sheltered childhood here, but it’s wise to lay the groundwork for a return to your native country, or college overseas. While you don’t want to terrify them with predictions of likely muggings within three minutes of stepping off the plane, you do need to prep them for a less-naive outlook (you will get your iPhone nicked, kiddos, if you try and chope a seat with it). Speak to them about your own life as a teen and maybe even think about some family counselling sessions to set them up for this next big step.

Living in Singapore is the perfect gateway to a whole year of holiday destinations and we’re so fortunate to be able to travel so easily and cost-effectively. Teens, however, generally have no idea how lucky they are. Their chockablock passport is testimony to a privileged childhood, but it won’t seem like that to a volatile teen. Expect plenty of churlish outbursts about how much better friends’ lives are in comparison to theirs, but remember: this is not a battle worth fighting. It’s hard not to want to remind them how different your own childhood was (who of us even had a passport as a kid?), but it’s also fair to say that teens can be the most self-absorbed creatures on the planet, and won’t care anyway.

Hang in there folks: one day they will have teens of their own… Karma’s good like that.

How to translate what your teenager is saying into…