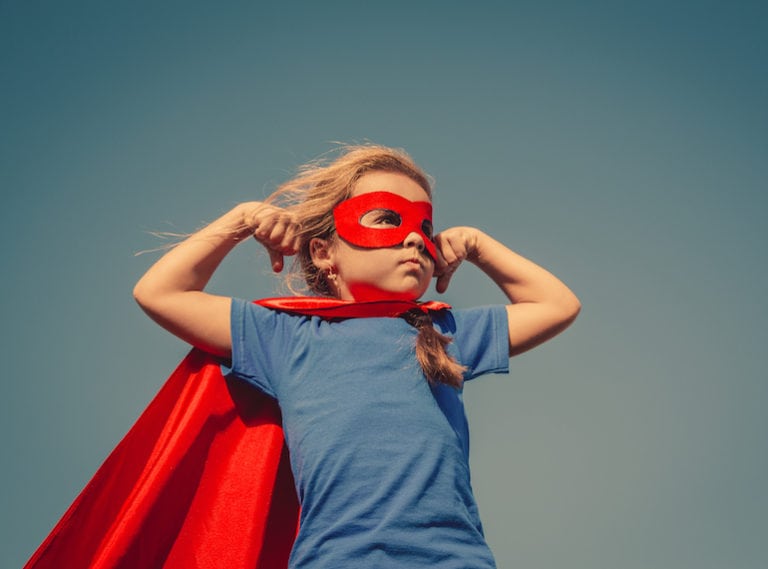 Behind on pop culture references? Parents (mums), here’s a quick lowdown on all your kids’ favourite superheroes, from the Marvel cinematic universe

Superheroes have been icons of childhood for generations! They feature in comics, TV shows, cartoons, games, and action figures (don’t get us started on the merch): there’s just no getting away from them. But while your kiddos can probably reel off all their names, powers and parentage details, chances are you only have a limited knowledge of the characters. Thor is attractive (those muscles!), Rocket is a raccoon and Toby Maguire once played Spider-Man. You’d be forgiven for not being well versed in all things superhero: there are almost 80 years worth of Marvel comics! Luckily our expert, 20-something Sheralyn, really does know her stuff. Here’s her parent’s cheat sheet to superheroes from The Marvel Cinematic Universe, juuuust in case you dozed off while accompanying the teen on movie night (X-Men and Fantastic Four not included, sorry). We’ll save Justice League et al for another time.

Genius, billionaire, playboy and philanthropist Tony Stark was an arms dealer before being injured by missile shrapnel, then captured and put to work in a cave by terrorists. Instead of building the missiles, he built a suit of armour powered by an arc reactor (a powerful electromagnet) along with fellow prisoner Professor Ho Yinsen. Once he returned back to civilisation, he decided to privatise world peace by becoming Iron Man. Yep, we all know how well that turned out.
Actors: Robert Downey Jr
Movies: Iron Man, Iron Man 2, The Avengers, Iron Man 3, Avengers: Age of Ultron, Captain America: Civil War, Spider-Man: Homecoming, Avengers: Infinity War

When the USA became embroiled in World War II, Steve Rogers was drafted into the military where he was injected with a serum in a secret experiment to help him reach the peak of human perfection. Well, it not only worked but it earned him superhero status. He then went on to infiltrate and destroy HYDRA bases (that’s comic for Nazis). He carries a shield made of vibranium (a fictional and near indestructible metal) which is designed in red, white and blue with a star in the middle.
Actor: Chris Evans
Movies: Captain America: The First Avenger, Marvel’s The Avengers, Captain America: The Winter Soldier, Avengers: Age of Ultron, Captain America: Civil War, Avengers: Infinity War

Designed to be stronger than the strongest person (or hero), Marvel went all out with Norse mythology here, taking Thor, the God of Thunder and giving him a modern muscly twist. He controls lightning using his mighty hammer, Mjolnir (try saying that one three times fast) and is of course, played by mum-favourite, Chris Hemsworth (again, *those muscles*).
Actor: Chris Hemsworth
Movies: Thor, The Avengers, Thor: The Dark World, Avengers: Age of Ultron, Doctor Strange, Thor: Ragnarok, Avengers: Infinity War

After being exposed to high amounts of Gamma Radiation, Dr Bruce Banner is unable to control his rage and turns into a giant, super strong and invulnerable green monster, the Hulk (the sort of thing that happens to parents when the kids have a melt down once too often). Dr Banner often has no control over the Hulk’s actions.
Actors: Edward Norton, Mark Ruffalo
Movies: The Incredible Hulk, The Avengers,

We’ve got a soft spot for this very human skilled archer (and also for Jeremy Renner). We don’t have a lot of info about Hawkeye from the movies but we do know he was recruited into SHIELD by Natasha (Black Widow) and that he now lives on a farm with his wife and kids.
Actor: Jeremy Renner
Movies: Thor, The Avengers, Avengers: Age of Ultron, Captain America: Civil War

Sam Wilson is a former USAF para-rescueman who is adept at using a pair of mechanical wings or ‘Falcon wingpack’ to fly. Falcon was actually the first African-American superhero to be featured in comics. He has telepathic abilities, but in the movies, Sam is just a war veteran who’s trying to help his superhero buddies not die. We have to admit, we’re fans.
Actor: Anthony Mackie
Movies: Captain America: The Winter Soldier, Avengers: Age of Ultron, Ant-Man, Captain America: Civil War, Avengers: Infinity War

Peter Parker is an orphan raised by his Aunt May and Uncle Ben. He’s bitten by a radioactive spider and gains the powers of a spider, including clinging to surfaces, hypersensitivity or “spider senses” and shooting webs (through wrist-mounted devices or self-produced as in the Toby Maguire movies).
Actor: Tom Holland
Movies: Spider-Man: Homecoming, Spider-Man: Far From Home

GUARDIANS OF THE GALAXY

Born half-alien, half-human, Star-Lord, or Peter Quill, was raised on Earth until his mother died and he was half-adopted by Yondu, the Captain of a crew of space pirates. As a bounty hunter and self-dubbed “Guardian of the Galaxy”, Quill has arsenals of street smarts (or space smarts), snarky comebacks and an actual arsenal courtesy of actor Chris Pratt. Quill also wears a special mask and suit, and an “Element Gun”, a meta-pistol that can shoot air, earth, fire and water. #hugesoftspotforstarlord
Actors: Chris Pratt
Movies: Guardians of the Galaxy Vol. 1, Guardians of the Galaxy Vol. 2 and Avengers: Infinity War

Adapted from the comic book character, Rocket Raccoon, which was influenced by the Beatles song Rocky Raccoon, Rocket is a genetically altered creature with cybernetic implants. He’s a pilot, tech expert and devious little er… raccoon. Just don’t let him near any gadgets.
Actors: Motion Capture by Sean Gunn, voiced by Bradley Cooper.
Movies: Guardians of the Galaxy, Guardians of the Galaxy Vol. 2, Avengers: Infinity War

This alien really lives up to his name with his relentless determination to destroy Thanos after his wife and daughter were killed. Ex-professional wrestler, Dave Bautista does a stand up job portraying this revenge-seeking but unintentionally hilarious alien.
Actor: Dave Bautista
Movies: Guardians of the Galaxy, Guardians of the Galaxy Vol. 2, Avengers: Infinity War How your tweens and teens can escape boredom this summer...

Groot is a Flora colossus from Planet X who, due to having throats made from wood, causes all speech to come out as “I am Groot”. There’s not a kid around who doesn’t want a Groot for real living plant in the house.
Actor: Vin Diesel
Movies: Guardians of the Galaxy, Guardians of the Galaxy Vol. 2, Avengers: Infinity War

Very different from her comic counterpart who is a human trained in martial arts and raised by aliens, in the films Mantis is a naive alien empath. She later joins the Guardians to, as she puts it, “kick names and take ass”.
Actor: Pom Klementief
Movies: Guardians of the Galaxy Vol. 2, Avengers: Infinity War

Scott Lang isn’t actually the original Ant-Man. He’s a thief who stole the Ant-Man suit from its creator, Hank Pym, and is eventually gifted it by Pym to carry on the legacy. He uses it to shrink or grow in size which can get pretty creative. If you have myrmecophobia (fear of ants), he may not be your favourite superhero, but Paul Rudd and Michael Douglas’ cryptic yet hilarious Ant-Man promo makes this hero a winner for anyone.
Actor: Paul Rudd
Films: Ant Man, Captain America: Civil War, Ant Man and The Wasp

Hope Pym is the daughter of Hank Pym and Janet van Dyne who worked for S.H.I.E.L.D. and later Hope adopts her mother’s role as the Wasp. She acts as Ant-Man’s partner to help him stop Ghost in Ant-Man and The Wasp. Dads seem to be a fan…
Actor: Evangeline Lilly
Films: Ant Man, Captain America: Civil War, Ant Man and The Wasp

In the Marvel Cinematic Universe, Scarlet Witch, or Wanda Maximoff has powers that are the result of human experimentation. She has the ability to warp reality, control people and manipulate objects using chaos magic, which makes her pretty powerful. Psst, here’s something that will blow your minds, in the comics, she and her brother are mutants and the children of Erik Lensherr, aka Magneto from X-Men.
Actor: Elisabeth Olsen
Movies: Captain America: The Winter Soldier, Avengers: Age of Ultron, Captain America: Civil War, Avengers: Infinity War

Although we kind of prefer the X-Men version (those slow-mo scenes were amazing), in the Marvel version, Peter Maximoff, along with his sister, acquire superhuman powers through Hydra experiments. They’re sent to destroy the Avengers as their parents were killed by bombs designed by Tony Stark. As his name suggests, he’s really, really fast. But is he faster than the Flash? We’ll ask the kids to put it to a vote…
Actor: Aaron Taylor-Johnson
Movies: Captain America: The Winter Soldier, Avengers: Age of Ultron

Vision is a being that is partly created by Ultron (you know, the super scary AI Tony Stark accidentally created in Avengers: Age of Ultron?) and Stark’s AI butler, Jarvis. With a body that’s powered by the Mind Stone, Vision has superhuman strength, the power of flight and is able to change shape. Super useful for hiding from bad guys (or mums).
Actor: Paul Bettany
Movies: Avengers: Age of Ultron, Captain America: Civil War, Avengers: Infinity War

Brilliant and egotistical surgeon, Dr Stephen Strange loses his ability to operate due to a car accident. When in search of a cure he encounters the Ancient One who teaches him how to use the mystic arts and, along with the Cloak of Levitation and Eye of Agamotto, becomes the guardian of the New York City Sanctum. Yep, Ben’s really got us convinced these days (apart from the facial hair, we’re not feeling it).
Actor: Benedict Cumberbatch
Movies: Dr Strange, Thor: Ragnarok, Avengers: Infinity War, Dr Strange 2

Captain Marvel will be coming to cinemas in 2019 but we’re giving you the lowdown so you can stay ahead of the hero game. Carol Danvers is a U.S. Air Force pilot whose DNA is fused with the power of a space stone that happened during an accident, which imbued her with the powers of superhuman strength, energy projection and flight. She’s mentored by Yon-Rogg played by Jude Law.
Actor: Brie Lawson
Movies: Captain Marvel

Want to find out more about these supers? The ArtScience Museum’s exhibit Marvel Studios: Ten Years of Heroes is on until 30 September with neat facts and inside info about your fave superheroes in the films.

Well done, parents. You’ve made it. Now go test the kiddos on their superhero knowledge and impress them with yours.