“Once you overcome the one-inch tall barrier of subtitles, you will be introduced to so many more amazing films.” - Bong Joon-Ho

Ever since South Korean filmmaker Bong Joon-Ho made the above statement when he received a Golden Globe for his film, Parasite, we’ve been on the hunt for more international TV series and films to watch. And thanks to the Covid-19 situation, we’ve got more time at home on our hands. After working from home and getting more involved in our kids’ learning, we’re just about ready to collapse on the couch with a good TV series or film come evening time! If you’re looking for recommendations to watch with your other half (or maybe with the kids), check out our list of these foreign TV series and films that are totally worth your time.

There’s no surprise this is our top recommendation – after all, the film won numerous awards during the award season, including Best Picture and Best Director at this year’s Academy Awards. It’s also one of South Korea’s best films of all time!

What is it about: This black comedy/thriller film follows the lives of two South Korean families with different socio-economic backgrounds. Members of the poor family scheme to become employed by a wealthy family by posing as competent, experienced individuals, and eventually infiltrate the household.

Why it’s worth the watch: The film brilliantly portrays the social divide not just in its script, but also through its cinematography. See if you can notice these intricacies that might be missed by normal theatre-goers! Plus, you’ll definitely want a bowl of ram-don after watching the film.

Where to watch: Apple TV or Amazon

We’ve gotta admit, sometimes it’s hard to find the perfect show to watch with a glass of wine to wind down the day. That’s where this German-language TV series comes in. Though it may seem a little confusing at times, you’ll be sucked in and left wondering what happens next episode. Trust us, it’s definitely worth a watch!

What is it about: A child’s disappearance in a small town leads four families to uncover a time-travel conspiracy that spans three generations and a whole lot of questions.

Why it’s worth the watch: If you’re a fan of Stranger Things, you’ll definitely want to watch this darker (no pun intended) sci-fi thriller. This German TV series has been widely acclaimed for its storytelling, tone and pacing. Currently, there are two seasons on Netflix – watch out for its third and final season hopefully later this year or in 2021!

3. Portrait of a Lady on Fire

In the mood for some romance? Since it was released, this period romance film has had everyone swooning and winning the hearts of audiences worldwide. It won the accolade of Queer Palm at the prestigious Cannes Film Festival last year, and is the first film directed by a woman to win the award.

What is it about: Set in the late 1800s off the coast of France in Brittany, the film follows a forbidden love story between Heloise, a young noblewoman, and Marianne, a painter commissioned to paint her portrait.

Why it’s worth the watch: Director and screenwriter Celine Sciamma is known for her minimalistic films, and this film is no different. Cinematographically, the film is beautiful: its teal colour grading not only emulates French paintings of the 19th century, but it also gives its scenes a cool hue and tone. We love it!

Where to watch: Hulu

4. Crash Landing On You

If you’re looking for some romance with a dose of drama, pop on this South Korean TV series for a hoot of a time. And if TV ratings are any indication of its success, you’ll be in for a treat – this series became the second-highest-rated Korean drama series of all time.

What is it about: A modern-day romance, the story follows a wealthy South Korean woman who crash lands in North Korea after a paragliding accident, where she meets the Captain of the North Korean Special Forces.

Why it’s worth the watch: This show has everything: drama, romance and comedy. You’ll be in for a journey of highs and lows between the main characters, played by two of South Korea’s biggest stars: Son Ye Jin and Hyun Bin. Many fans of the show have praised the on-screen chemistry between these actors, and it’s not hard to see why. Plus, North Korean defectors have praised the series’ portrayal of everyday life in the North. Oh, and like everyone else, you’ll be obsessed with Hyun Bin every step of the way.

As one of the highest-grossing non-English language films of all time, Life is Beautiful should definitely be on your list of foreign films to watch. An oldie but a goodie!

What is it about: A Jewish Italian father attempts to shield his son from the horrors of the Holocaust during their internment in a Nazi concentration camp with his unique comedic gifts.

Why it’s worth the watch: This Italian comedy-drama film won the Grand Prix at Cannes Film Festival, and for good reason. It’s truly heartbreaking and, as parents, we can certainly all agree we would do our best to protect our kids from emotional and physical turmoil. It might leave you ugly crying, so best break out that bottle of wine and keep a box of tissues at the ready…

Where to watch: Amazon or on Hulu 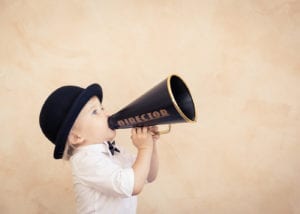 Looking for something to keep you on the edge of your seat? This heist crime drama is one of Netflix’s most-watched drama series overall… and we’re huge fans, too.

What is it about: This Spanish series follows a group of bank robbers who take hostages as part of their plan to rob the Royal Mint of Spain. Season 4 was just released… roll on the long weekend!

Why it’s worth the watch: If you’re looking for suspense, plot twists and tons of drama, you’re in for a treat. Not only that, but the morally grey characters makes the show even more thrilling to watch. Our advice? Binge, binge, binge!

AND, FOR THE KIDS…

If you’re a fan of Studio Ghibli, you’ll know that its animations are now streaming on Netflix. It’s a major plus for us, because we’ve been obsessed with them right from the get-go. You might’ve seen some of their iconic films like Kiki’s Delivery Service, Howl’s Moving Castle and a host of other animated fantasies, but this is our favourite, and for good reason.

What is it about: Two sisters move to a countryside town with their dad to be closer with their mum, who is in the hospital. They venture into an enchanted forest and discover a forest spirit, Totoro, who only they can see.

Why it’s worth the watch: Besides being adorably cute, this feel-good, animated film is also heartwarming and captivating. We love its take on the innocence of childhood. A must-see international film in our household!

Despite being filmed in 1956, this film has remained a beloved children’s film of all time, and it’s one of our kids’ favourite because of its simplicity.

What is it about: Go on an adventure with a little boy as he befriends a sentient red balloon!

Why it’s worth the watch: The film may seem simplistic, but it has vivid visuals that offer families a chance to think critically about what the balloon might represent. Plus, the film’s 35-minute run means that it’s short enough to keep the kids entertained and engaged, too.

Where to watch: Amazon

First starting life as a Japanese manga (comic) series, Doraemon has since been adapted into a successful animated series in Japan and abroad. In fact, it’s such a successful and iconic character in the country, it has been compared to Mickey Mouse!

What is it about: Doraemon is an earless robotic cat who travels back from the 22nd century to help a boy named Nobita Nobi, with the use of the cat’s many gadgets from the future.

Why it’s worth the watch: Doraemon has graced our screens since 1973, and has been dubbed in multiple languages. It’s a childhood favourite of ours not only because it’s incredibly adorable, but also because the pair and their friends go on fun adventures with the assistance of Doraemon’s many gadgets.

Where to watch: Apple TV

We couldn’t resist adding another Studio Ghibli film to our list! After all, Hayao Miyazaki’s films have been at the core of our childhoods, leading some people to name Spirited Away as the best animated film of all time.

What is it about: Spirited Away follows a little girl who ventures into the spirit world to free her parents and return to the human world.

Why it’s worth the watch: Animator Hayao Miyazaki has said that he created the film after being inspired by the 10-year-old daughter of his friend, Seiji Okuda. The film has also been lauded by critics and fans worldwide for its amazing soundtrack, animation and ability to relate to people of all ages. We also hope watching the film will also inspire our kids to get drawing, too! (Psst, Netflix has a ton of other Studio Ghibli films to explore. Have fun!)

What’s your favourite international TV series and films to watch with your other half, or with the kids? Let us know!