There are so many cool characters hitting SG malls this festive season! Pop these on your must-do list and get ready to soak up the entertainment...

By now you’re sure to have seen the Christmas lights adorning Orchard Road as well as in plenty of other glittering spots all around Singapore. From Christmas trees to Christmas markets, there’s no shortage of festive cheer this holiday season, so here’s an extra bit of festive, free cheer for you: the fam-friendly malls bringing favourite characters to life in a series of fun shows! Grab the kids (and the camera) and go meet Santa along with adorable TV characters and icons as they light up the stage in these cool Yule mall shows and performances.

Don’t miss our awesome Christmas event at Tanglin Mall. That’s right, we’re heading to one of Singapore’s largest fam-friendly lifestyle malls and we’ve invited Santa and YOU! Join us for free festive fun, including crafting your own letter to the man in red, face painting, plus singalong and storytime with Santa. Mark it in the diary: every Saturday and Sunday until 22 December, 12pm-6pm, for a big dose of Christmas spirit right before the BIG day.

Christmas with We Bare Bears

The lovable We Bare Bears from Cartoon Network will be making an appearance at City Square Mall this festive season. Catch Grizz, Panda and Ice Bear in a live musical show as they embark on a musical journey this Christmas. After the show, snap a selfie and get a warm hug from the bears themselves at the meet at greet session. Or, dance and play in the beautiful falling snow! It’ll be great fun for the family all around. There’s also a We Bare Bears bouncy house with inflatables which will be bear-y fun, too. 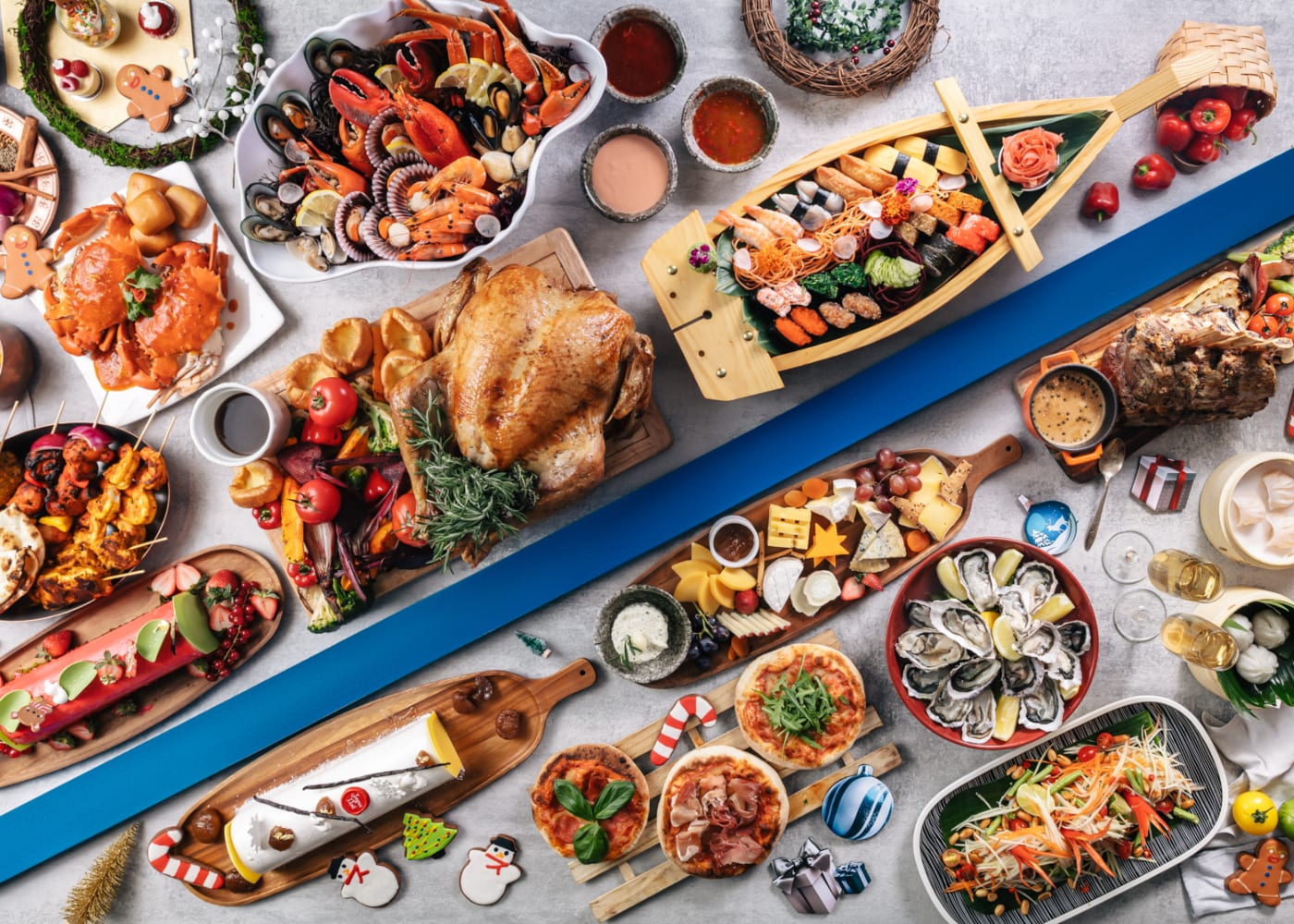 Where to go for a family-friendly festive lunch

Doraemon and Friends at AMK Hub and Jurong Point

This lovable Japanese character and his friends will be making an appearing at Ang Mo Kio (AMK) Hub and Jurong Point this Christmas. Catch them as they dance and entertain in a live dance show and get to meet them in person! Both malls will also feature festive decorations that have Doraemon’s magical touch and a four-metre Doraemon inflatable, too. You’ll also want to bring the kids to Jurong Point to jump around in the inflatable playland, decorated with attractive pop-ups and fond elements from the cartoon show, including Doraemon’s favourite food, dorayaki – totally picture-perfect! You can even redeem exclusive Doraemon and friends merchandise, too.

Deck the halls with boughs of holly with your favourite Sesame Street characters this Christmas! They’ll be making their appearance at Marina Square with an entertaining and energetic Christmas mall show as they sing and dance along to iconic Christmas carols. Check out the craft and colouring workshops, its 50th Anniversary exhibition, and don’t miss out on taking a family photo with these huggable and lovable characters and the iconic neighbourhood, too!

Hatchlings of Joy at Suntec City

The Angry Birds and the Hatchlings are in town this festive season! Catch these cute furry birds at Suntec City at their first-ever live show as they sing charming Christmas carols. After that, get in line to take adorable photos with these characters, too. There are tons of other activities and exclusive gifts to be redeemed, so don’t miss out on a great event!

If your kids love these yellow googly-eyed minions, be sure to grab a picture with them this Christmas! Kevin, Stuart and Bob will be at Waterway Point on the 14 December, Yew Tee point on the 15 December and Northpoint City on 21 December. Meet and greet passes are limited and will be distributed on a first-come, first-served basis, so make sure you grab yours. Psst, there’ll also fun games and activities – we also hear there’s a ball pit, so don’t miss it!

We’re huge Disney nerds here at HoneyKids HQ, so you can bet we’re going to bring our kiddos to A Frozen Wonderland this year! And yes, we know the airport technically isn’t a mall and there isn’t a Christmas mall show on – but there are meet-and-greets with Anna, Elsa and Olaf, tons of photo opportunities and you’ll also get to purchase cute Frozen merchandise, too.

Melodi is a world traveller, avid hiker and diver, and loves to eat her way through each country. She’s also fond of unique cocktails, musical theatre, Disney, and the Oxford comma. And, she says: “I'm not a regular aunt, I'm a cool aunt."

Christmas events and things to do

Where the kids can meet Santa

Where to go for a family-friendly festive lunch