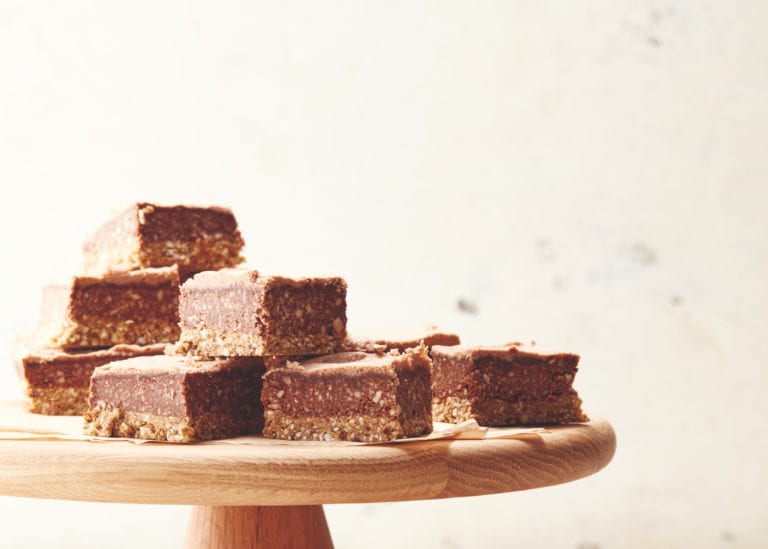 What's that we hear? Rumbly tummies! When hunger strikes and your kids come calling, these moreish bites will definitely hit the spot.

We’re not going to lie – we’ve been known to enjoy the occasional Mars bar in our time. But hold on to your hats, people – here’s the healthier, smarter yet equally yumtastic version… Venus Bars! It’s definitely one of our fave recipes from Smart Snacks, a recipe book by authors Flip Shelton and Michael Carr-Gregg. It’s definitely inspiring us with its pages of nutritious and simple snack ideas for kids and teens.

Last week, we brought you a recipe for zingy and refreshing fruitcicles, and in the second instalment of our recipe series, we’re bringing you the utterly moreish Venus Bars.

“The Venus Bar is the reimagined Mars bar, with layers of chocolate, choc-malt nougat and caramel,” says Flip. “Kids only need a small piece because it’s so rich, but it has lots of lovely different textures so they might have trouble stopping at one!

“This recipe calls for mesquite powder which is from a South American plant of the same name – you’ll need to make a trip to the heath-food store to get this, but it’s worth it. Mesquite powder is gluten-free and high in fibre, protein and other minerals including potassium, magnesium, zinc and iron. It has a sweet nutty taste and adds a lovely caramel flavour but the recipe won’t fail if you don’t have any.” 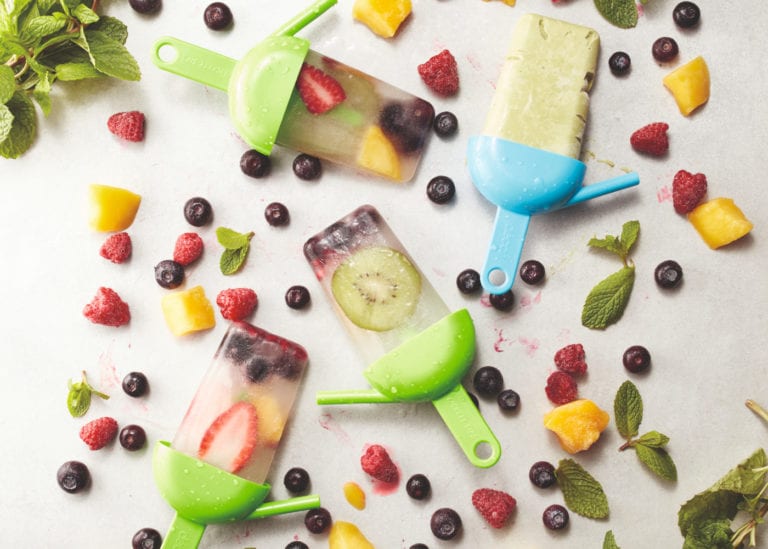 Fabulous fruitcicles for your next snack attack!

1. To make the caramel layer, put the buckwheat into a food processor and process until ground, but still with texture.

2. Add the dates and mesquite powder (if using) and process again until well combined and the mixture comes together.

3. Line a 16cm × 26cm (base measurement) roasting tin with baking paper. Press the buckwheat mixture into the lined tin, pushing it into all the corners to make an even layer. (“I use my fingers for this as it’s a dense but pliable mixture,” says Flip.)

4. To make the choc-malt nougat layer, put the cashews, coconut oil, cacao powder and rice malt syrup into the food processor and process until well combined. (Don’t worry about cleaning the food processor between these steps.) Press this mixture on top of your ‘caramel’ layer. Again, try and get it as evenly spread as possible – don’t be afraid to use your fingers!

5. For the third and final chocolate layer, put the coconut milk, coconut oil, cacao powder, maple syrup and vanilla into a clean food processor or blender and process until well combined. Pour over the top of the other layers to evenly cover. Chill in the fridge or freezer for 1 hour or until set. This layer will have a lovely mousse-like consistency so it will be soft to the touch even after refrigeration. Cut into pieces to serve.

TIP: Venus Bars will keep for up to 3–5 days in an airtight container in the fridge.

Next week: Pea and mint dip!

Want more nom-worthy, nutritious recipes? Get your hands on a copy of Smart Snacks by Flip Shelton and Michael Carr-Gregg (Penguin Random House Australia) from Book Depository or other book retailers. Flip Shelton
Flip is a mum who’s all about good food and healthy food choices. As well as writing for various magazines, newspapers and online publications, she’s also inspired people about food on popular radio stations and TV networks in Australia. When she’s not busy writing cookbooks (Smart Snacks is her third!), she’s busy running her own muesli production business. Dr Michael Carr-Gregg
Michael is a dad to two sons and the author of a whopping 13 books. He is one of Australia’s highest-profile child and adolescent psychologists and makes regular appearances as the resident expert on national TV networks and radio stations. Michael has also worked as an academic, researcher and political lobbyist.

Our editor, Amy, is a mum to two tiny terrors, meaning she's a professional multitasker and an expert in all things one-handed. Since moving to Singapore last year, she's developed an addiction for curry puffs (although, like any Brit, still thinks a good cup of tea can solve most problems). She spends her spare time devouring books, crafting and hunting down the best toddler-friendly brunch spots.