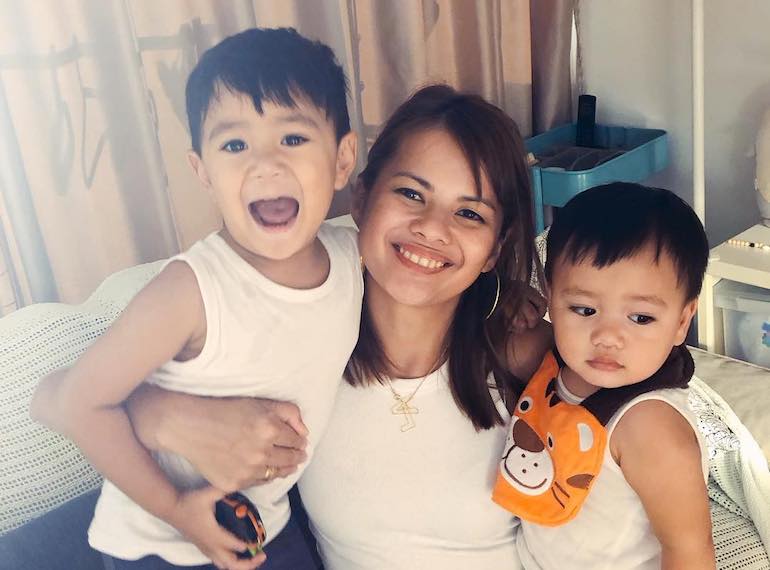 HoneyKids writer Jana and mum of two toddler boys, shares the ups and downs of raising kids with a small age gap between them...

Back when my husband and I had “the talk” about having kids, we both decided that we wanted two. Gender didn’t matter to us  – two seemed like a nice, even number. It would mean that our kids would always have someone to play with and never be lonely. But when the time finally came, the reality of having two kids under two hit us. It felt like we were fresh into parenthood constantly Googling fevers and desperately trying to come to terms with the sleepless nights. Where would we find the energy to deal with baby #2?

It turns out, that when baby #2 did come along, all the extra energy and love we never thought we’d muster up again was suddenly there after all. So, despite coming into the world sooner rather than later, we welcomed the new baby with zeal and never looked back. Were we tired? Hell yes. Was it worth it? Definitely. Would I do it again? Hell no. Although… never say never.

Why the small age gap?

The small age gap, albeit planned, came as kind of a surprise. We always thought that a three year gap would be ideal – my husband and his brother are three years apart and get along with each other quite well. At three years old, the older child would be in kindergarten and old enough to have some kind of independence. But once the thought of being pregnant with baby #2 so quickly became a reality, we decided that we liked this “ripping off the band-aid” approach to having a family.

Hand-me-downs, whether clothes or toys, are a godsend for every mum, especially with baby gear being so pricey. With two kids so close in age, you’ll get more bang for your buck when it comes to clothes, feeding and nursing gear and even toys. Big bonus if you have kids of the same gender, although some parents don’t mind or choose to buy gender neutral clothing from the get-go to play it safe. A mum I know once told me, “When you’re clothes shopping for your older son, there’s no need to feel guilty. Just think of it as getting a permanent 50% discount off everything.”

2. They enjoy each other’s company

I hope this stays true for the rest of their lives, but my two toddler sons currently love the stuffing out of each other. My older son is constantly cuddling his younger brother (whether he likes it or not) and my younger son finds his older brother hilarious. They’re at the stage where I can leave them to play while I work on my laptop and be as relaxed as I can about it.

3. They have lots in common

Whether its toys, music or TV shows, my two boys enjoy the same things. They also love swimming, going to their gym class and going to the zoo together. They also enjoy eating the same food (and share with each other when they’re feeling generous) and share the same bedtime which makes life so much easier.

4. You get through the tiring stage faster

I’m not going to lie, having two kids so close in age is really tiring – physically and emotionally. But since everything you’ve learned from having your first baby  – from changing poopy diapers to pumping, breastfeeding to starting solids, comes around again so quickly, you’ll feel like a pro and less overwhelmed as compared to someone who’s had to start all over again. In fact, you’ll be so accustomed to being tired that any added stress will feel like a piece of cake (on most days).

5. It’s easier to continue where you’ve left off

Being pregnant and having babies has this tendency to throw us off our paths. Most of us take breaks from our career, working out and whether we like it or not, we find that our lives are changed. In my case, I took a two year break from practicing Brazilian Jiu-Jitsu on a regular basis and switched from full-time employment to working part-time. I feel that now that I’m done having kids, I have no excuse but to get back into the swing of things.

Man, nothing will take the wind out of you than having to deal with two crying babies at the same time. Or having to deal with two tantrums. Or changing one nappy after the other. Or three straight years of sleepless nights. The everyday things like commuting and having to lug around two gigantic car seats, schlepping the luggage-sized diaper bag on top of that – it’s nuts. And if you’re breastfeeding, well…you deserve the Mummy of the Year award for sure!

2. There will be lots of tears (from all parties involved)

Because my firstborn was really young when baby #2 came around, he was really jealous of his younger brother. Sharing the spotlight isn’t fun for a toddler, especially when they’re used to being the cutest things around. Things got especially fun when both of them would cry at the same time. It seemed like a howling contest and after awhile, I felt like joining in too.

Ah…the double stroller. The best thing we’ve ever bought for our kids and also the fourth (and most expensive) stroller we have. When you’ve got two teeny ones, taking them out together can be tricky. Sure, you can get away with baby wearing the little one for a few months but when you’ve got a chunky bubba like I have, you’re going to wish you had a double stroller. Now for the best part – double strollers are not fun to use. Because they’re so long and so wide, you’re going to need to harness all your parallel parking skills when you’re out and about.

I don’t think there’s such a thing as a perfect age gap between siblings. HoneyKids ed Tracy makes it work with her big age gap, and I’m still trying to figure it out with mine. But now that both kids are walking and talking, it’s a lot easier and I’m loving it. I’m just crossing my fingers and hoping that my two boys will stay best buds forever and ever.

Like this story? Here’s more we think you’ll enjoy:
Slow down your parenting, the mindful way
What really works when you’re trying to potty train?
The big age gap debate
Back to work after maternity leave: six tips to keep you sane