Read on to find out all the fun Easter facts you probably didn't know about this Christian holiday...

Easter: a word mostly associated with chocolate eggs, bunnies and bonnets! But regardless of belief or religion, did you know that Christianity’s most important celebration is actually not Christmas, but Easter? We think it’s time we took a proper look at what Easter is all about, why we’re feeling the need to turn toilet rolls into DIY Easter craft at this time of year, and what the deal is with decorating eggs with glitter. Jump in for our fun – and surprising – guide to all the cool facts about Easter you never knew.

So, how did Easter come about?

1. Jesus, Good Friday and the cross

Whether you believe in Jesus Christ as the son of God or not, history suggests that this rather cool dude did exist, and was indeed crucified on a cross by the dastardly Romans. No-one really knows when that happened, but Good Friday became the day that Christians commemorate Jesus’s earthly demise. Good Friday is also known as Holy Friday, Great Friday and Black Friday, and coincides with the Jewish Passover.

Fast forward two days from Good Friday, and Jesus busts out of his tomb to the surprise and joy of all who followed him. His resurrection became the most important date in the Christian calendar and remains so to this day. The relatively modern term ‘Easter’ was first coined by Bede, a monk from the 8th Century. He ‘borrowed’ it from Eostre: the Goddess of Spring.

Yep: Easter actually started, as with many important Christian dates (including Christmas) as a Pagan festival. The Pagans were also responsible for the egg association. They were traditionally used in pre-Christian celebrations as a symbol of new life and fertility.

The meaning behind Easter crafts and decorations

4. What’s with the Easter bonnets?

We again have the Pagans to thank for the tireless hours we put into our creations for the DIY Easter hat parade every year – sticking eggs to hats is not an easy task! Pagans wore wreaths of leaves and spring flowers that eventually morphed into full-on bonnets, sprouting foliage left, right and centre. 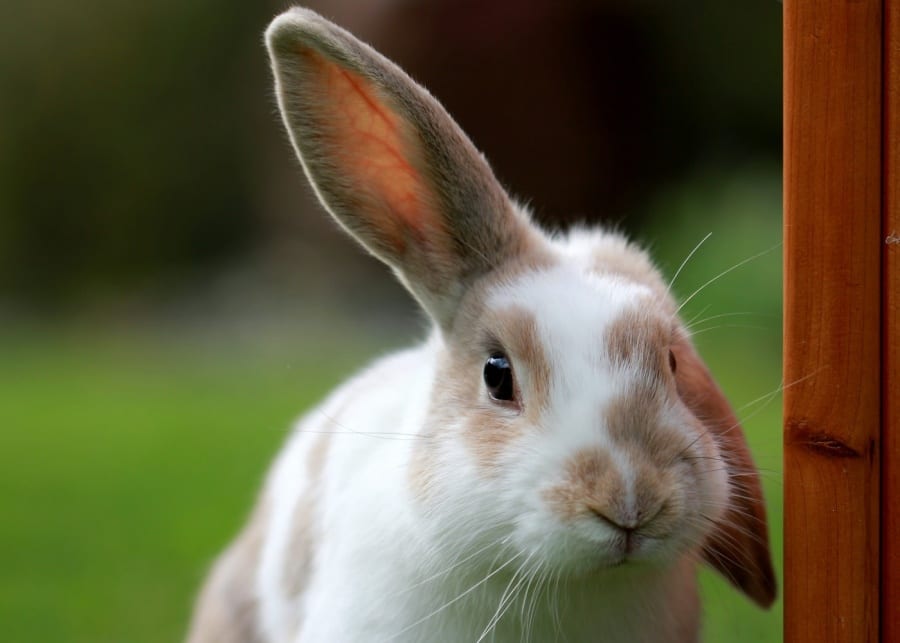 A handy-dandy guide to all things Easter

The lovable Easter Bunny started life as a hare rather than a rabbit, and can be traced back to the 1800s in Germany. The Easter Hare would only bring treats to the kids who hadn’t been sent to the naughty corner on a regular basis. Back in the day, he held as much kudos as Santa!

Easter eggs are one of our biggest diet downfalls at this time of the year. But did you know when Easter eggs became a ‘thing’ back in the 18th century, they were in fact made from papier-mâché? We love that parents have been enjoying craft with the kiddos for hundreds of years – although we’re guessing they didn’t have the same access we do to awesome art supply stores!

The most famous Easter eggs were first designed by Peter Carl Faberge in 1885 for the Russian Tsar and his family. The beautiful gold and enamelled eggs were such a hit that the custom was upheld by the family every year until their sad demise. Fifty were made in total, and if you happen to stumble across one in your attic, they are worth around $20 million today… so get hunting!

All about Easter chocolates and treats

The first chocolate Easter eggs were produced in 1873 by Fry’s in England. Cadbury cottoned onto the genius idea two years later – and now 80 million chocolate Easter eggs are sold in the UK alone each year. The world’s biggest Easter egg, however, was whipped up by the Argentinians in 2015, using 8000kg of chocolate.

9. The cream of the Easter crop

Any ideas on the most popular Easter egg around the globe? It’s the humble Cadbury’s Creme Egg! This little morsel of deliciousness was first created in 1971 and 500 million are produced each year, with over a third of that total being shipped overseas. Thankfully Singapore is one of its destinations!

If chocolate isn’t your thing (we’re not sure we can be friends…), then you may have spent past Easters devouring hot cross buns instead. The cute little buns mark the end of Lent (the period of fasting for Christians in the lead up to Easter) and the cross on the top represents Jesus’s crucifixion. The spices used to create these tasty treats symbolise the spices used to embalm the body of Christ at his burial. Ewwww… suddenly those buns don’t seem quite as appealing.

So, what’s your favourite Easter fact? Get hopping over to our Instagram page and let us know!

Hop over to the best Easter brunches in Singapore!

Lovely books about Easter for your little bunnies

Bunny-themed movies to watch this Easter