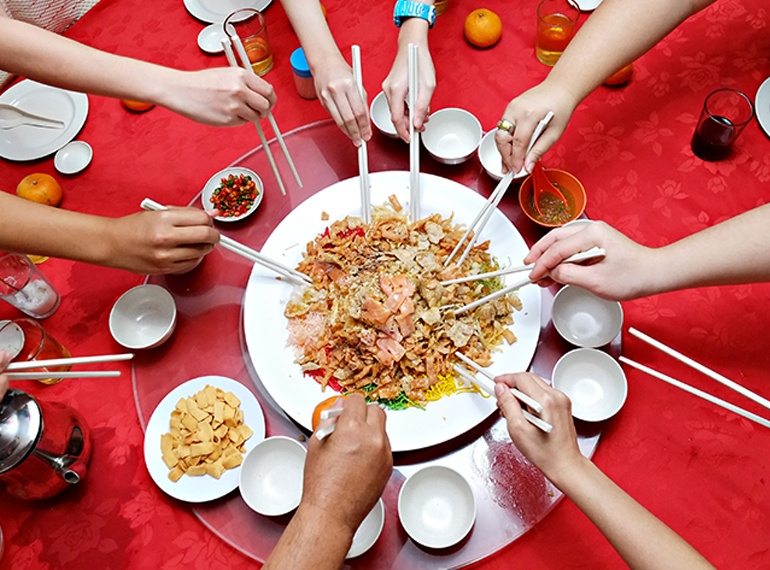 If you’re new in Singapore, new to Chinese New Year and new to all the seemingly strange customs that go with it, you're going to need our guide to tossing your lo hei like a local...

First off, you may even be wondering what lo hei (also known as yusheng) actually is. The easy explanation? It’s a colourful raw fish salad that is as delish to eat as it is pretty to look at, and it’s SUPER popular in Singapore during Chinese New Year. Lo hei translates in Cantonese to ‘tossing good fortune’, so you’re expected to throw that salad as high as possible before eating it. Each ingredient has specific meaning and an auspicious saying to go with it – get a local friend to help you with your first toss at your big reunion dinner and, before you know it, you’ll be lo hei-ing like a pro.

Where did the lo hei tradition come from?

Also known as yusheng, the lo hei dish began in China, and is served in different ways throughout the regions. In South China, Guangxi, for example, salads are pick and mixed from sharing plates. The way we do it here in Singapore remains a bit of a mystery – it’s a hotly debated topic with popular theories as to its origin. But, wherever it came from, this well-loved tradition is something you need to know about when living in this part of the world. Especially if you happen to be delegated the ‘lo-hei’ instigator at a CNY reunion dinner!

While you may think a simple raw fish salad can’t be that tricky to navigate, with 12 official steps to follow before you can eat this auspicious dish you’re going to need to know how. First off, no need to panic: we’ve included all of the steps and a phonetic guide for those of you who haven’t managed to get beyond ‘hello’ in Mandarin yet… And secondly, it doesn’t matter what order you work your yusheng into a frenzy in. Just make sure the ingredients all hit the plate at some point and toss as high as you can!

1. Add the raw fish (often salmon, but if you want to be fancy, abalone and other fishy things will do)
Saying: 年年有余 (Nian Nian You Yu/nee-en nee-en yo uu-ree)
Meaning: May every year be filled with abundance. 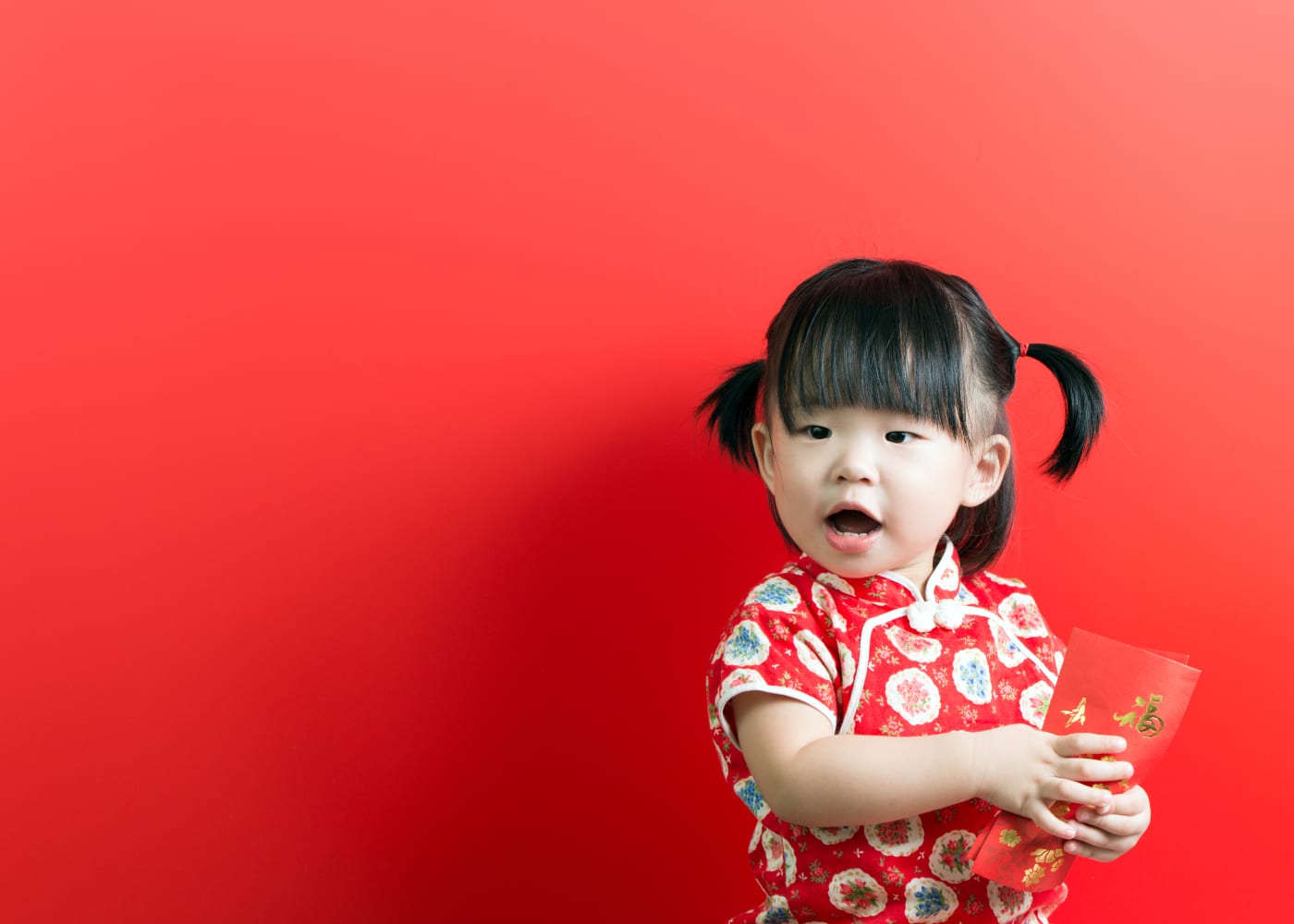 8. Next up: the peanut crumbs
Saying: 金银满屋 (Jin Yin Man Wu/gin yee-in mun uu)
Meaning: May your house be filled with gold and silver.

12. Toss!
Everyone stands with chopsticks at the ready and tosses the ingredients into the air while saying auspicious sayings like “Huat” and “Lo hei”. Repeat seven times (or more) and toss extra high for better luck.

If that’s too complicated, memorise step 12 when you order it at a restaurant and they’ll take care of the rest. But do give it a try: it’s a fun way to take part in the CNY celebrations!

Where to celebrate Chinese New Year with kids