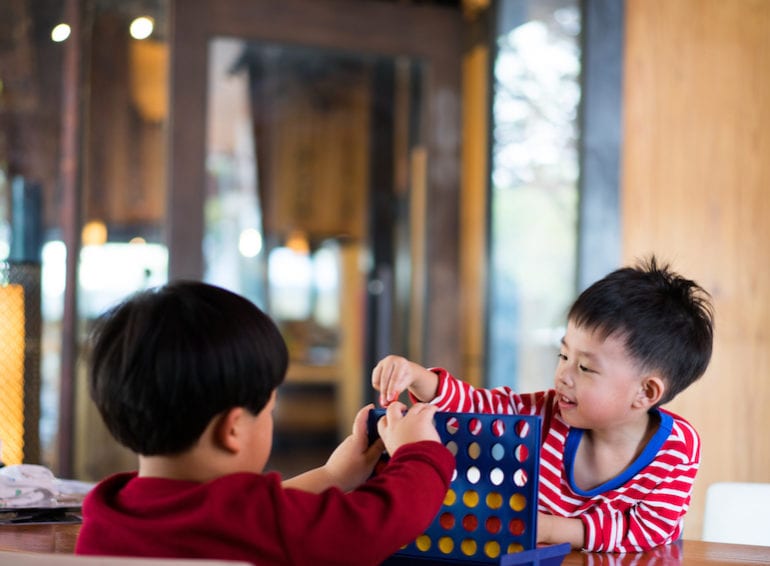 Fill the toy box with these kid-friendly board games and you'll be guaranteeing yourself hours of easy fun for everyone. (And yes, maybe the odd tantrum.)

Without wishing to sound like our own parents, parenting kids these days with all their ‘fandangled screens’ can be a bit of a minefield. We get it: kids love tech. Especially during this Covid-19 circuit breaker period – it’s easy for us to let them run wild with it while we get some quiet time for ourselves. But it’s up to us to teach them about internet safety, online etiquette and wax lyrical the possibility of square eyes (we totally believed that one for years when we were tots), and also to come up with fun alternatives that will make them WANT to ditch the screens. Board games, we’re talking about you. Looking for the crème de la crème of board game world? Here’s what we think should be in every toy box in Singapore…

It’s one of those friendship-ending/relationship-ruining board games we just can’t stop playing! You’d think a game about wood, brick, wheat, wool and ore would be civil and sweet. But not Catan. You need more than luck, and strategy and the will to destroy your opponents will only get you so far… You’re also gonna need kickass negotiating skills (like IRL), tons of practice and some might say a cold, cold heart.

Miss dining on plates and plates of sushi? Well, in this speedy card game, eat as many plates of sushi in multiple combinations and try to score as many points as you can. It’s making us hungry just looking at the adorable cards on the table…

These are classic old school games with essentially the same premise – a mad dash around the board to get all of your coloured pieces into the home base first and declare victory! They require little skill beyond counting places and so are good for all ages. Trouble is slightly more fun as it has a dome in the centre of the game board with a die inside that you get to press with a satisfying pop.

It’s a simple game of whodunnit and we’re big fans of this classic. Tip: spice up this murder-mystery game by dressing up in the character. Guaranteed fun!

Roll the dice and you’ll land on a spot that requires you to do a certain task  – sculpting with clay, acting out a scene from a movie, humming a song… it’s super random and super fun (especially for competitive families).

This is perhaps one of our favourite games to play with the kids. It’s easy – go on a cross-country adventure and claim railway routes by matching train cards by colour! Take your pick and adventure through North America, Europe, the Nordic countries and other parts of the world. This strategic game is easy to play and learn, which makes it a great family board game.

This is an instant family hit. It’s basically an abstract strategy board game for two to four players, and has even won some pretty cool awards, including the Mensa Select Award and the 2004 Teacher’s Choice Award. Sounds dull as ditchwater, huh? It REALLY isn’t. It’s an out-and-out war to get your pieces laid on the board before you get blocked or run out of space. It’s nowhere near as easy as it sounds and it’s perfect for getting the ol’ grey matter whirring.

Fill up your colourful little cars with kids (and now pets!) and deliberate hard about career choices. The aim of the game is to get around the board making as much money as possible before you end up in the retirement home. It really is the game of life.

In this cooperative board game for six players, work together to eradicate four diseases by finding a cure. It’s as simple as that – except these diseases, much like real life, can cause an outbreak in a city. Okay, this one is a little meta and might not be the best board game to play in this current climate – especially when players tend to coin names of real-life viruses in the game. Grim. Still, if you’ve got a healthy dose of good humour, it’s worth a play!

Who doesn’t love this classic? This game, apparently from ancient India, can be played by two or more people. You roll the dice to determine the number of steps you make. If you land on a ladder, you go up. But if you land on a snake, you get bitten and move back a couple of steps back. The first to reach the top wins. You’re never too old (or too young) for this timeless board game. 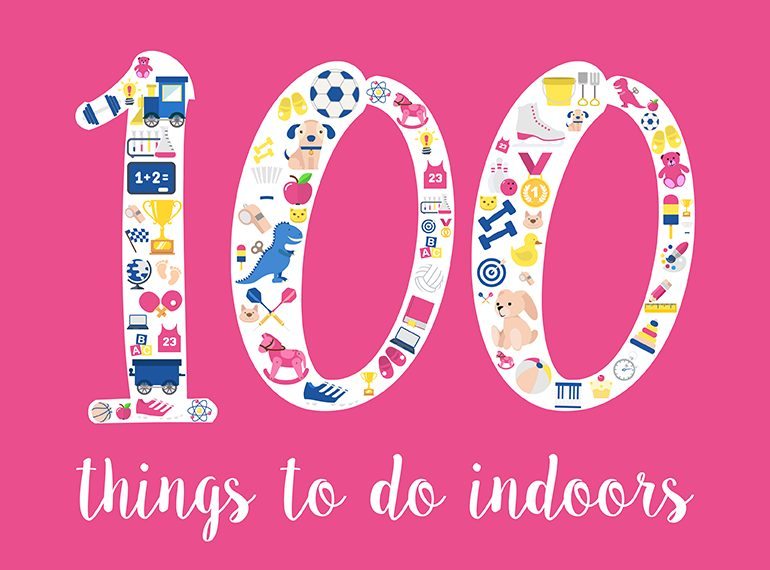 Everyone picks a colour and then has to move all their pieces from one end of the board to the other. You can move one step at a time or leap over another piece. There’s no words or numbers, just strategy, but even without it you can brute force your way to victory. Just make sure no one cheats.

The huge garden version of Jenga is awesome if you have the room, but otherwise the usual Jenga provides plenty of fun (and the odd jump scare: you just can’t help it even though you KNOW the bricks are going to fall) for kids of all ages. The aim of the game is to remove bricks, one-by-one, from a tower, placing it back on the top and waiting for your opponents to topple it when they take out a brick too many.

From the makers of the classic capitalist board game, this one is a faster but equally interesting card game. Forget everything you know about regular Monopoly – the rules are totally different. Except for the cards in your hand, all your property cards and bank money cards are left face up. Make three property sets and you win. Sounds easy right? Many a grown adult has stormed out, flipped tables and openly vowed to annihilate each other. Luck aside, strategy plays a major part in this too. But like most card games, even the most airtight plays can turn with a single move.

KerPlunk in all its plastic glory has been going strong since the 1960s, and still provides plenty of fun for the fam today. Basically it’s a tube, a load of plastic sticks and lots of marbles. Players take turns to remove a single straw from the tube while trying to avoid letting the marbles fall through the maze of straws and into their tray. The player with the least marbles at the end wins. To conclude: losing your marbles will win you the game.

This game is so simple and yet also a great deal of fun. Two players pop discs into a grid with the aim to get, yep, you’ve guessed it, four discs of the same colour in a row.

Much like riding a bike and getting to grips with tying shoelaces, learning to play chess is a passage of childhood that every kid needs to take. We’ve recently been introducing our own kiddos to the joys of pawns, bishops, knights and rooks. Perfect for teaching your child the art of strategy.

Battleship is a guessing game for two players, with the aim of the game being to sink your opponent’s ships. Before play begins, each player secretly arranges their ships on their own side of the grid, both horizontally and vertically. Then players need to guess where the enemy ships are. Warning: ships have been known to be thrown around in temper…

Scrabble continues to reign as one of the best word-based board games of all time. It can get pretty competitive with grown-ups and older kids, but it’s also a great, fun way to help younger kiddos with their spelling and to build their vocab. You’ll probably need a dictionary on standby to out the cheaters.

The origins of this ever-popular family board game staple can be traced all the way back to 1903, when American anti-monopolist, Lizzie Magie, created a game that she hoped would explain the single tax theory. It was originally called The Landlord’s Game, and became Monopoly in 1932. Not only is this a game that can go on for hours – nay, days – but it can also lead to, uh hum, a bit of tension, so be prepared for tears and tantrums if things don’t go to plan. Yours, not the kids. Kids always seem to have a knack for wheeling and dealing their way to victory when it comes to Monopoly.

Apps to keep the kids app-y