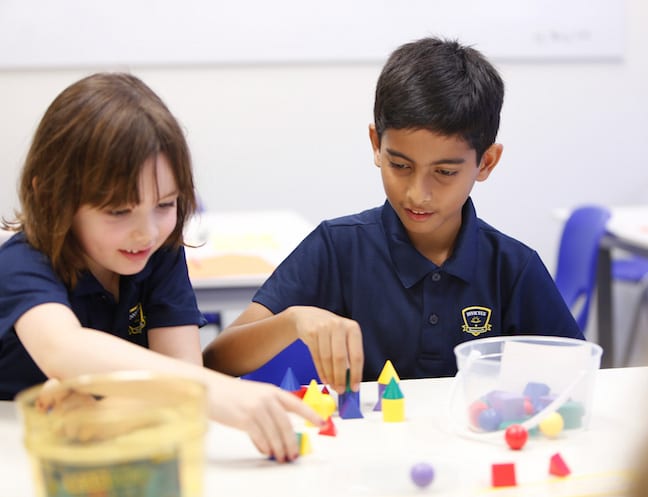 With an annual fee of $15,000, Invictus is half the cost of some of Singapore's most prominent International Schools. Photography courtesy of Invictus Private School

With an annual school fee of $15,000, Invictus Private School just might change everything for expat families. HoneyKids speaks to co-founder John Fearon, about shaking up the international school scene in Singapore to provide quality, affordable education for all.

Invictus Private School is launching in Singapore this August with a game-changing offer for expat families: affordable school fees at $15,000 a year. A staggering amount when you consider that annual tuition fees at International Schools in Singapore currently range from $20,000 to $35,000.

If you were one of the many parents who caught our chart on HoneyKids School Selector comparing the cost for a child’s first year at major international schools in Singapore, you’ll already know that on top of annual tuition fees, there are possible one-off application and registration fees, plus building or facility fees and parent association fees. The average outlay to cover your child’s first year? $31,000.

Entrepreneur and father-of-three John Fearon, co-founder of tech startup studio Sugar Ventures, has zeroed in on the international school scene in Singapore with the aim of providing “affordable, quality education for all”. Invictus Private School, an independent school offering a holistic education, will fill the gap for expat families who struggle to meet rising international school fees.

The South African father of three had his lightbulb moment after estimating that sending his own children to international school would come at a cost of around $100,000 a year.

“I felt that there needed to be a more affordable option as I understand most parents struggle to pay the high tuition fees,” says Fearon, whose children are one, three and six. “I realised that kindergartens worked fine without the expensive frills, so I wanted to try to replicate this with great teachers and an international syllabus.”

For the growing number of expats on local contracts (does the full expat package that covers schooling even exist anymore?), investing in an international school education can be the biggest hit to the family budget. Securing a place at a local school, which is much more cost effective, is no easy feat either.

For families who don’t need all the bells and whistles of auditoriums, swimming pools and gymnasiums for a fulfilling school life, the ‘small is beautiful’ approach to international schooling is increasingly attractive. One World International School and The Winstedt School spring to mind, and Invictus is also eschewing flash facilities and a sprawling campus to focus on a solid education while keeping tuition costs achievable for more families.

“For me, education wins or loses based on the quality of the teachers,” says Fearon. “I also want to understand how my children will be taught and finally what is the expected outcome of their education.”

Mary Ann Davies, who has lead schools in the UK, China and Qatar, has been appointed as founding School Principal at Invictus, and when the first term begins on 12 August 2016 in a cosy, three-classroom campus at Bukit Merah Central, classes will be have an average teacher to student ratio of 1:18. There will be an activity room for physical activities, creative arts and assemblies and a computer room, but Invictus will be working with external partners for co-curricular activities such as drama and music.

The school is launching with 75 places, and classes for Grades 1 and 2. It will follow the International Primary Curriculum (IPC), developed in the UK. “We want to be very competitive when it comes to offering quality education,” says Fearon. “Given I come from a tech background and my children are going to the school, I would also like to instill learning around technology in the future.”

The feedback from the community, unsurprisingly, has been incredibly positive, prompting the management team to open the school up for twice daily tours. Places are still available for the first intake in August.