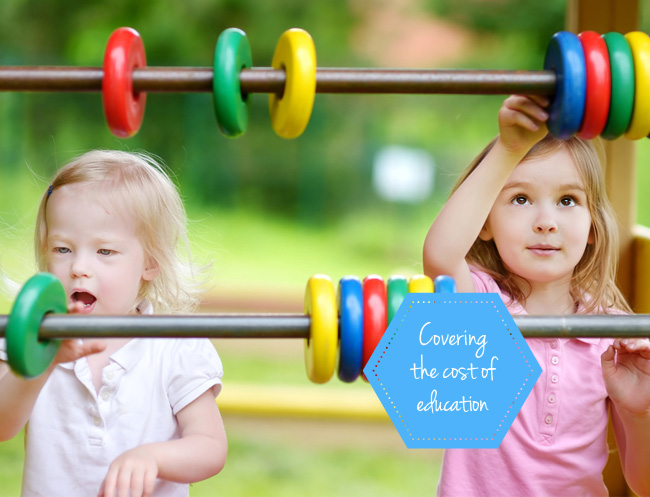 Expat employment packages in Singapore that include a housing allowance, cars, medical cover and school fees are almost an urban myth these days. But don’t give up just yet. With the cost of education at international schools going upwards each year, it’s worth discussing with prospective employers the possibility of having school fees paid for as part of your package. We spoke to HR expert, Holly Cormack, in Singapore to get some advice on how to negotiate a remuneration package that covers schooling for your children.

How do suggest approaching a discussion with an employer about having school fees included in your remuneration package?
My suggestion would be to always do your homework before embarking on the conversation, try to track down some market data in relation to which companies do cover school fees. There are a lot of websites out there that provide information on local market costs and how these stack up against your current outgoings.

Always be aware of the cost environment that you are moving into and ensure your employer is aware of this as well. Any company knows that for someone to move it has to make financial sense to the individual. If you have settled on a particular company, check if they have a full relocation policy that typically includes school fees, and if they do then at what level will this kick in, are you at that level?

The best chance people have of getting school fees covered is prior to relocating to Singapore – assuming your company has this in their relocation policy. Even if you don’t have children upon relocating you may want to ensure the relevant clause is inserted in your contract because typically these things are more difficult to negotiate once you are on the ground.

From my own experience (and from studies done which show that 83% of finance professionals have never been on an expat package), full expat packages are becoming a thing of the past as companies try to equalise salaries between their local and expat staff and control costs.

What advice do you give to someone who has kids, but when they signed the package their children were not of school age – so their employer is saying they are not illegible (but other staff who accepted their role with school age children do receive this benefit)?
Again, do your homework and gather the facts so you can go into the discussion well-armed, and if there is a clear policy in place regarding what’s covered under their expat packages and who is eligible then it should be a straight forward conversation. If there is a policy in place and the person is eligible in theory, i.e. they are in a senior enough position, then it should apply irrespective of whether or not they had children when signing. If you are not successful then I would recommend moving on.

What options do you have in Singapore if employers won’t pay for your school fees?
Unfortunately not many – it’s about saving and managing your finances well. You can also consider the local Singapore schools.

Have you experienced any scenarios where people have to leave their job because employers are not able to meet the costs of international schooling?
No I haven’t come across this, and I would hope that most people know about school fees prior to getting to the point of paying them so hopefully they have factored it into their financial arrangements in some way.

How do employment packages offered here stack up against other places (Hong Kong, Bangkok, Shanghai etc)?
Research suggests financial institutions in Hong Kong have been cutting back expat packages since the financial crisis. There is still a perception that expats receive packages, as is the case in Singapore too, but given the recent market downturn, many expats are actually willing to take a local package just to secure a role or stay in Hong Kong.

From what I read it would appear that in mainland China, expat deals at global banks are slowly declining as more local employees rise through the ranks. That said, in an emerging market like China they are still needed to attract and retain senior foreign financial professionals tasked with leading new projects, most of whom stay in China for two to three years. By all accounts Chinese staff are generally accepting of expat deals because they see the necessity of importing skills to help expand China’s nascent financial sector, while recognising the recent efforts of foreign banks to promote more locals into managerial roles.

For other Asian countries that are perceived as being “hardship locations”, expat packaging appears to be more common as it is seen as a more difficult place for foreigners to live in terms of infrastructure and general convenience, and so you are compesated for that.

How common is it for an expat family to have their fees covered and is it getting more difficult as time goes on?
If you’re in financial services, data shows that full expat packages are far and few between. However for those working for large international commercial organisations (MNC’s), and who are at senior levels, there does appear to be more expat packaging. The downside is the lack of bonuses, as this is typically not part of their packaging to the extent that it is within financial services.

Given the constant focus on costs that all companies have, and which shareholders demand, I see expat packaging being squeezed more and more in the future – particularly in countries like HK and Singapore, which are very liveable and which experience a low tax rate relative to the likes of Australia, the US  and the UK.

Thanks for invaluable advice Holly!