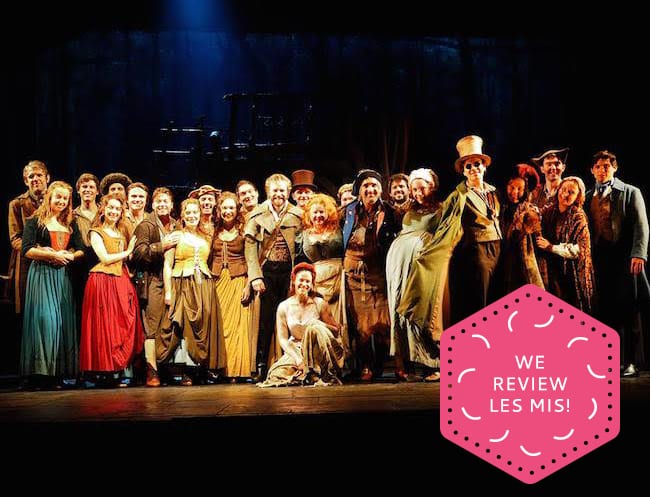 Musical sensation Les Miserables hit the stage at the Esplanade last week, and HoneyKids were there to review whether it lives up to its hype…

It’s never too early to get the kids into theatre, and while there are always plenty of great musicals and dramas for the smaller tots to see, it’s not always easy to find a show that is fun for older teens and tweens. So when we heard that the world-famous musical extravaganza, Les Miserables, was back in Singapore after a 20 year absence, we took HoneyKids teen reporter, Jack, with us to help review the show and see if, At The End Of The Day, he would love it as much as us grown-ups!

Set against the backdrop of 19th Century France, Les Miserables is a world-famous musical success, giving audiences an unforgettable tale of unrequited love, broken dreams with action from the French revolution thrown in for good measure. But did we get sent on the emotional rollercoaster that we were expecting? Did the extensive hype and preceding reputation of this show live up to our high hopes? In a nutshell? Yes!

Jack was a little dubious beforehand about being bombarded with constant singing for almost three hours, but even he (don’t tell him we told you) had a small tear in his eye when the show came to an end, to a standing ovation from the whole theatre!

The sets were visually astounding (how did they trick us into actually thinking we were in the French tunnels?), the costumes spot-on, and the cast, in a word, phenomenal. From the big star parts to the supporting cast, without exception each and every performer put their heart and soul into the show 100% throughout. We were especially bowled over by the super-cute and mega-talented small Cosette, played by Chloe De Los Santos: definitely a star to watch for in the future! It also goes without saying that Simon Gleeson as Jean Valjean was incredible from start to finish (Jack is still trying to work out how he was aged so subtly and yet perfectly during the course of the performance), and we were also moved (me to tears on more than one occasion) by the powerful performances of Kerrie Anne Greenland (Eponine) and Patrice Tipoki (Fantine).

The gritty plot was an emotional one for sure, but made all the more perfect with the genius moments of humour provided by Helen Walsh and Cameron Blakely as Madame and Monsieur Thenardier, the less-than-savory innkeepers with the morals of a pair of alleycats. Comedy at its best!

Our advice? Absolutely grab tickets for family members age 10 and up (the show is recommended for age seven plus, but to be honest, some of the sexual and mild violence scenes were just not appropriate for the younger kids) and watch this stunning, unmissable musical while you can!