What did we love about the latest musical for families hitting the stage for a pre-Christmas run? Read on to find out. But first, sing along with us: The hills are aliiiiiive...

We’ll be honest, as lifelong fans of the 1965 movie, The Sound of Music, we were just a little bit (okay, a lot) excited when we heard the musical stage version was toe-tapping its way to Singapore. And while we’re not sure about the hills, the theatre was definitely alive with The Sound of Music when we caught the gala performance with our young theatre fans. Read on for the highlights that hit the right notes, and find out why we are having to stump up for singing lessons and drama classes for our now wannabe musical theatre stars…

With the opening sounds of church bells, The Sound of Music literally burst into song from the moment the curtains raised and didn’t let up until they went back down again. And for those of us who grew up with a secret yearning to run away and join a von Trapp type troop, this heartwarming rendition of a timeless classic not only met expectations, but blew them off the mountain and back again.

If you’re not familiar with the story, here’s a quick synopsis: Austrian novice nun, Maria, is causing raised eyebrows in the Abbey, not helped by her propensity for warbling out songs at rather inopportune moments. Thankfully she has a pretty cool Reverend Mother in her corner: Mother Abbess, played by the fab Janelle Visagie, not only encourages her to ‘Climb Ev’ry Mountain’ but also gives her the chance to discover if a life outside the Abbey might be a better fit. And how do you solve a problem like ‘Maria’? Packing her off to be a governess to seven kids may seem a little harsh, but she aces it, one song at a time. So much so, Maria even manages to get stiff and aloof Captain von Trapp to remove the broom pole from his posterior, and begin to enjoy his children again. And so the unlikely couple fall in love.

Sadly there are dark clouds looming over Austria, and the Captain’s aversion to Nazi control leads to a dash of drama and, of course, lots more song. Throw in a potential new step-mum for the cute von Trapp kids, the chance of singing fame for the whole family (nope, they didn’t go on The X Factor) and conscience battles for Maria, and you’ve got yourself a musical extravaganza that’s great for kids from around six years and up.

So what did we love? Firstly, the sets were absolutely awesome. The Austrian Alps in Marina Bay Sands? The production team absolutely nailed the staging. The cast were also, without exception, outstanding. We love that Carmen Pretorius brought a familiar Julie Andrews vibe to the role of Maria, but with her own stamp of humour for the character. Nicholas Maude as Captain von Trapp was the perfect mix of stiff upper lip and silver fox (although was he as dashing as Christopher Plummer? The jury’s out). And the kids? Oh. Goodness. They stole the show (and our hearts) completely, all the more so for being home grown talent: a total of 18 Singapore based future stars are playing the lead roles of Liesl, Friedrich, Louisa, Brigitta, Kurt, Marta and adorable little Gretl. Their portrayal in the gala performance we caught was slick, cute, funny and immeasurably professional for such young actors. Massive applause from us, kids.

The score, the cast, the sets, the costumes: all of it add up to one of the best musicals we’ve seen in a while. There’s ‘No Way to Stop It’, we just have to say it: 10 out of 10 from us. And so, The Sound of Music, for now ‘So Long, Farewell’… until next time (we’re so seeing it again). 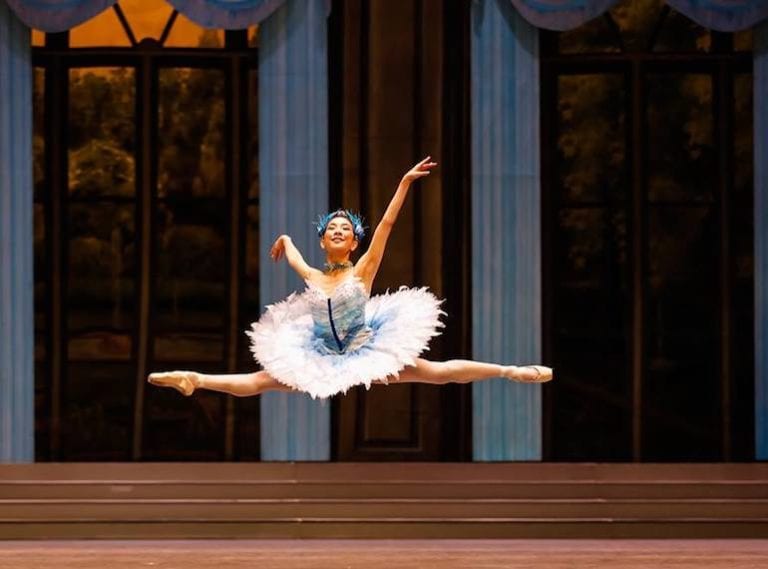 When: Now until 3 December, various timings (including matinees at the weekends which would be our pick if you’re bringing kids)
Where: The Sound of Music, Sands Theatre Mastercard Theatres at Marina Bay Sands
Cost: From $65 per person (kids aged 3 and above will need a ticket)
www.entertainment.marinabaysands.com