It's beginning to look a lot like Christmas... and if your kids are as excited as ours, you're going to need some lovely ways to help them sleep through the excitement. Try these lovely Xmas storybooks for starters...

After a long day gallivanting around Singapore shopping at all the Xmas markets and hanging out with Santa, the little ones will want nothing more than heading off early to bed with a lovely bedtime story. But as it’s the most wonderful time of the year, why not add a few Christmas storybooks to your own home library? Here’s the ones we’ll be curling up with during the festive season with our own little elves…

The Night Before Christmas by Clement Moore “T’was the night before Christmas, when all through the house, not a creature was stirring, not even a mouse…” Clement Moore’s much-loved storybook poem has been a festive staple since it was first published way back in 1949, and it’s as charming for kids today as it ever was.

Rod Campbell’s classic Dear Santa is as much a part of our own Christmas traditions as turkey dinners and mince pies – it’s the festive equivalent to his Dear Zoo book! Perfect for baby’s first Xmas and little ones up to around four years, lift the flaps to unwrap a Christmas present every day in a fun tale full of touchy-feely surprises.

How the Grinch Stole Christmas by Dr. Seuss

We’re longtime fans of the original storybook classic, How the Grinch Stole Christmas. The Grinch, whose heart is two sizes too small, hates Who-ville’s holiday celebrations, and plans to steal all the presents to prevent Christmas from arriving at all. It goes without saying that kiddos will love the Grinch and his hilarious grinchy capers.

How to Catch an Elf by Adam Wallace

Written in rhyme for little ones age four to eight years, How to Catch an Elf is full of daring escapades and hijinks galore, all in the name of catching Santa’s little helper.

What could be fancier than Christmas? And is there ever such a thing as too much tinsel? Fancy Nancy certainly doesn’t think so, and we’re kinda with her. Ooh la la! 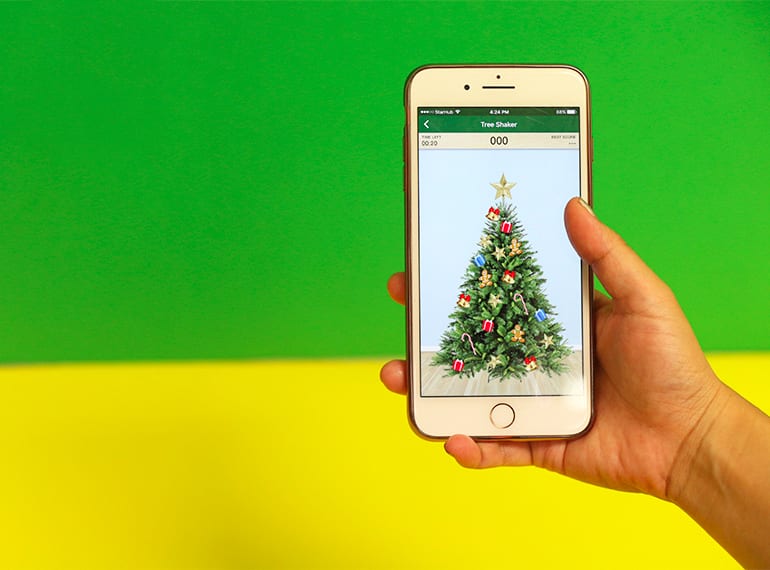 Download a Santa app stat: The countdown has begun! The Polar Express is not only one of our fave festive family flicks, but it’s a great Christmas bedtime story, too. Journey by train through dark forests, over tall mountains, and across a desert of ice as you make your way to the North Pole to see Santa.

Pete and his friends are rockin’ and groovin’ while counting down the days to Christmas with a cool-cat spin on a well-known Christmas carol, bringing fun and smiles to kids and grown-ups alike.

Anything with the word ‘stinky’ in a title is, let’s face it, an instant hit with little ones. This hilarious but charming read follows Stinky Face, who wants to know what would happen if a reindeer got an antler stuck in a branch, or where his Christmas tree would go if it blew away. It’s up to his mummy to come up with all the answers. #relatable

Christmas in the Manger by Nola Buck

Whether you’re a believer in the story of the first Christmas or not, this gorgeously illustrated board book is perfect for little ones to learn about the Nativity and the real meaning behind Xmas. It ain’t all about Santa you know, kids!

Bear Stays Up For Christmas by Karma Wilson

This adorable story tells the story of Bear, who is desperate to stay awake for Christmas and not slip into hibernation. It’s up to his band of friends to keep him busy by hunting for a Xmas tree, baking cakes, singing carols and keeping him active with all things festive. Also, how cool is the author’s name?

Make a DIY Xmas pompom wreath with the kids

Where the kids can meet Santa

To elf or not to elf: that is the question!