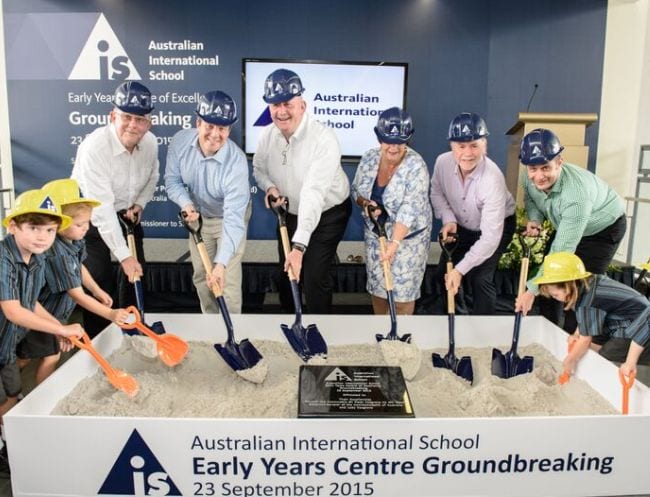 Launching in 2017, the Australian International School's Early Years campus provides a passport to success thanks to its holistic curriculum and state-of-the-art facilities

Heads up parents and parents-to-be: choosing the best preschool in Singapore for your child has now gotten a lot easier. The Australian International School (AIS) recently announced the establishment of its Early Years facility – making it the first and only international school in Singapore that takes young learners from 18 months.

With its stellar 22-year history, AIS’ Australian-based global curriculum and educational distinction serve as excellent foundations for its expansion, and there was much excitement in the air at the launch ceremony for its specialist Early Years Campus. Distinguished guests His Excellency General the Honourable Sir Peter Cosgrove, Governor-General of the Commonwealth of Australia, and Lady Cosgrove, joined Australia’s High Commissioner to Singapore, Phillip Green, for the ground-breaking ceremony. “This is a place to learn and grow, and to be your best,” announced His Excellency. But it was the young students from AIS who stole the show, with a vocal performance that moved the crowd and showcased the creativity and talent that thrives in the AIS community. 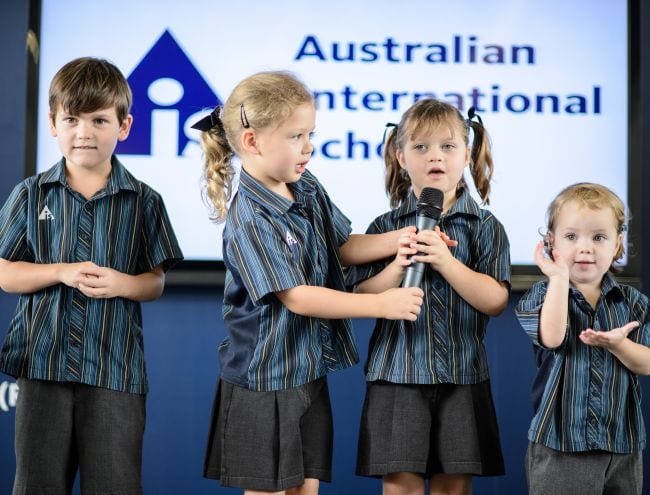 Slated to open in 2017 next to the existing AIS facility in Lorong Chuan, the campus will support a progressive Early Years teaching curriculum (launching this coming January) which will include daily math, Mandarin and literacy classes, the London Academy of Music and Dramatic Arts (LAMDA) Speech and Drama program, structured Physical Education based on the SMART Steps Perceptual Motor Program and weekly violin lessons taught by specialist teachers. Current nursery and preschool programs at AIS are guided by a well-rounded, inquiry-based curriculum, with children prioritised as the centre of the learning journey. To find out more about the Early Years programs at AIS, visit www.ais.com.sg.