The time has come for our editor, Tracy Tristram, to wind up her words and make her final edit here at HoneyKids. Here's what she wants to say before she hangs up her editor boots...

For once I am actually slightly lost for words. There are no more roundups to write, no more sneak peeks to take and no more kid-friendly hot spots to visit. My job here is done, and it’s a hugely bittersweet time for sure. I did think about writing my final swan song in a kinda ‘all the things I’ve loved (and the things that I’ve not loved so much)’ way, but ex-HoneyKids writer, Kate DiMarco, did that so eloquently that there was nothing more for me to add. How she felt? Exactly that for me right now. So instead here’s a little about me, my transformation from stay-at-home mum to editor, and how it’s never too late to make a career out of something you’re passionate about…

I arrived in Singapore 11 years ago with a five-year-old and a four-month-old in tow, relishing the fact that I could be a stay-at-home-mum for the first time ever. I was as dazzled by my shiny new life as I was by the seemingly constant sunshine of my new island home. And life was good.

But there were also moments where crippling loneliness would creep in, self-doubt would rear its head, and, if I am honest, the boredom would be stifling. I had a third child in 2012, which definitely kept me busy and on my toes, but over the years so many of the accelerated but close friendships I formed here disappeared as quickly as they started thanks to the expat transient friendship cycle. I loved being home with the kids, but I also hankered for more than chatting to a three-year-old about who the best character in Bubble Guppies was.

All that changed when a bestie (thanks, Nicola!) tagged me in a Facebook post advertising an intern role at HoneyKids Asia: it’s funny how life works out!

So actually, what this final story is about is not just me saying goodbye to this incredible island ahead of my relocation back to the UK, it’s actually me signing off by saying to all you mums out there that you do NOT have to be defined by your role as a mother, and that you CAN succeed not only in a fab career here in Singapore, but in a new career at that. It’s never too late. 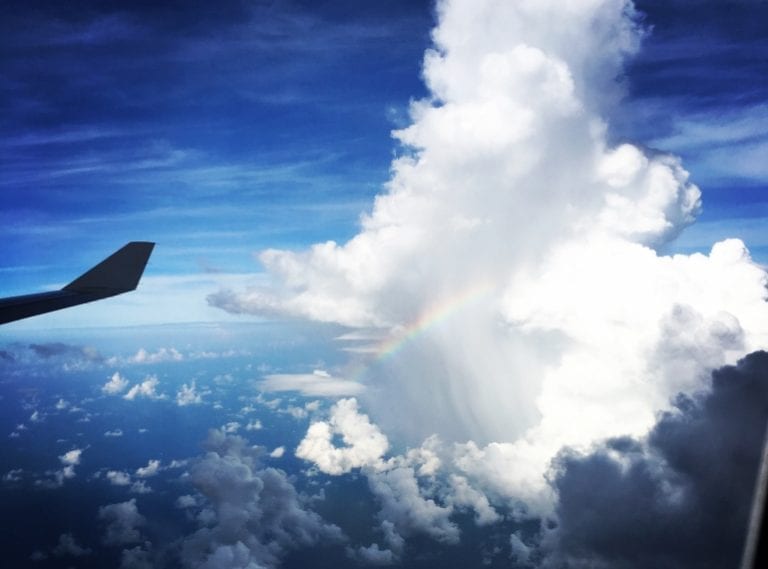 The yin and yang of leaving Singapore

Put yourself out there

It’s easy to stay in your comfort zone, and if that makes you happy then carry on doing it. But if you are hankering for something beyond watching your child do a handstand in the swimming pool for the gazillionth time (“Yes, darling, I’m watching. That was amazing!”), then you need to get that CV sorted and start networking ladies.

Be loud and proud about your talents, and never be shy in coming forward when it comes to being heard. Join all the Facebook groups, hang out on LinkedIn, have coffee with everyone who offers (wine is even better) and apply for every job you like the look of, whether you think you’re qualified or not. One day someone will take a chance on you, like they did with me.

I was a wreck on that first journey into the office. I was a bundle of nerves and also worried that a) my kids would not love me as much because I was no longer there 24/7 to wipe their noses and b) that I was out of my depth, not knowing the difference back then between an SEO and a UFO. I had no ‘qualifications’ to be a writer beyond composing excellent complaint letters for friends, and a whole heap of unpublished material living on my antiquated laptop.

But do you know what? I had a passion for writing, and I had a team of talent behind me who helped me get there professionally. I’ll always be utterly grateful for women like Chris, Selina, Georgina and Kate who not only showed me the ropes in those early days, but who also steered me in the direction of the ladies toilets (for when I needed to go there and have a quick ‘out of my depth’ panic) and introduced me to ‘cheap Chinese food’ just across from the office. They became not only my colleagues, but also my friends.

My confidence grew when my first ever story for HKA, ‘International vs Local School: One Family, Two Systems‘ was published and people actually read it. People who were not obliged to read it because they were my husband or my mum. And since then I’ve worked my sizeable butt off to prove to myself that I am a writer and that I am, in fact, utterly capable. I have the business card and title to prove it.

I became an intern at age 39 in June 2015. In May 2018 I became the Editor of HoneyKids Asia. I cannot even begin to put into words how much that promotion meant to me and what an absolute privilege it has been to be part of a group of such an inspiring, creative, utterly awesome team. It will be a teary goodbye indeed to bid adieu to my work fam, especially my HKA co-pilots, Jana and Sheralyn.

So, I’m going out on a high, having proved to myself, and hopefully to any other mothers who want to get into a new career, that with a bit of luck, a lot of hard work and a steely determination, success is completely attainable.

Laters, gators: it’s been a blast!

Life after repatriation
The transient nature of friendships in Singapore
Mums you’ll meet at the Singapore school gate
Are your teenagers ready for the big, wide world?