Fancy cinema under the stars? DBS Movies by the Bay is one of our fave free events in Singapore!

Love going to the movies but looking for something different? From free open-air cinemas to vintage theatres, here are our favourite spots for a night at the cinema with a twist.

Whether you love watching movies as a family, or like to make it a date night, going to the cinema is always a fun affair. Decked out with comfy seating, ample leg room and state-of-the-art surround systems, the plush cinemas in Singapore definitely contribute to our status one of the highest movie-going nations in the world! But if you’re looking for a nice change to your weekly outing, keep reading. From free outdoor movies to independent film screenings in vintage cinemas, we’ve listed the best alternative movie experiences for families and couples. 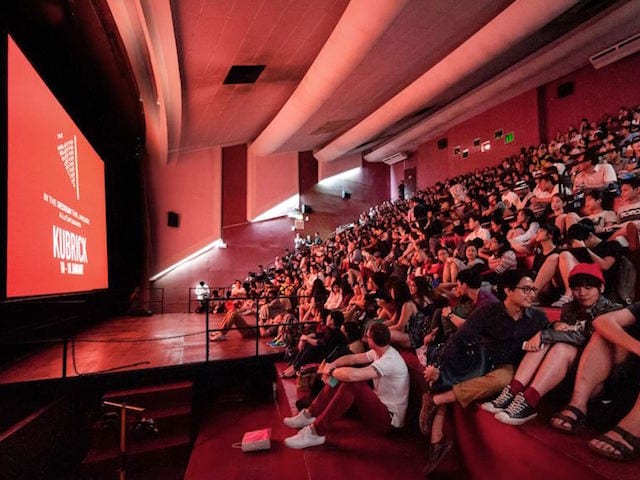 Catch a film at The Projector, a historic, refurbished cinema which screens independent and classic films While the swanky Capitol Theatre, housed in the high-end Capitol Piazza, is the place for gala events and musicals, it also showcases local films from time to time 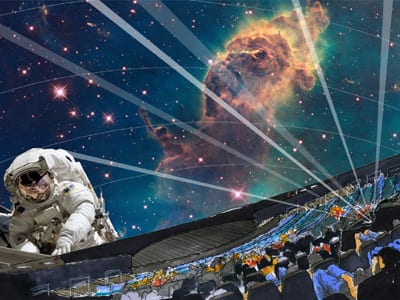 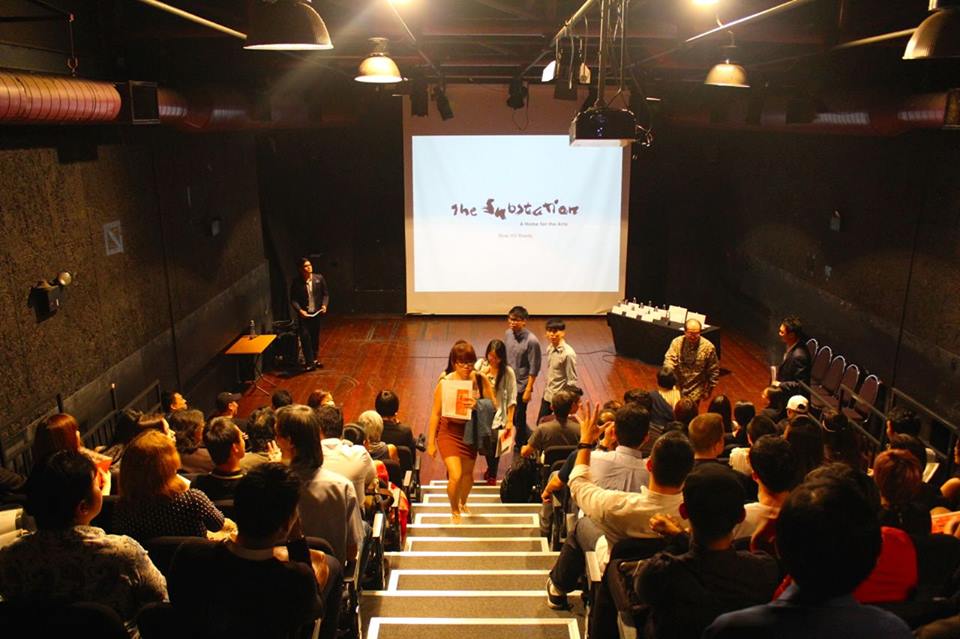 Check out The Substation for regular updates on its monthly secret screenings - the film will not be revealed till the actual screening! 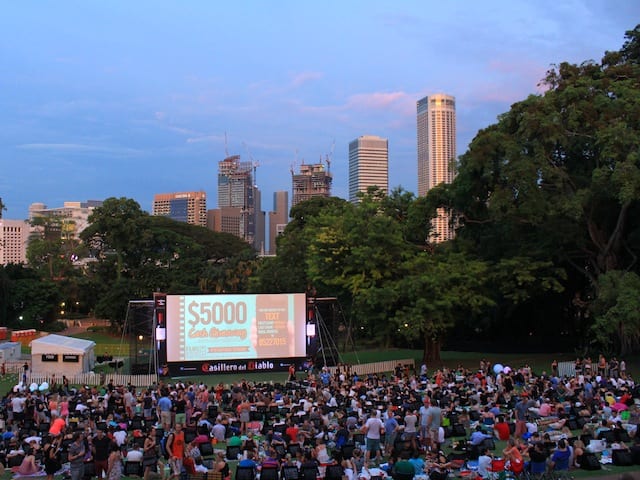 Located in the heart of Marina Bay, this outdoor movie experience takes audience engagement a step further by getting the public to vote for the film they want to watch 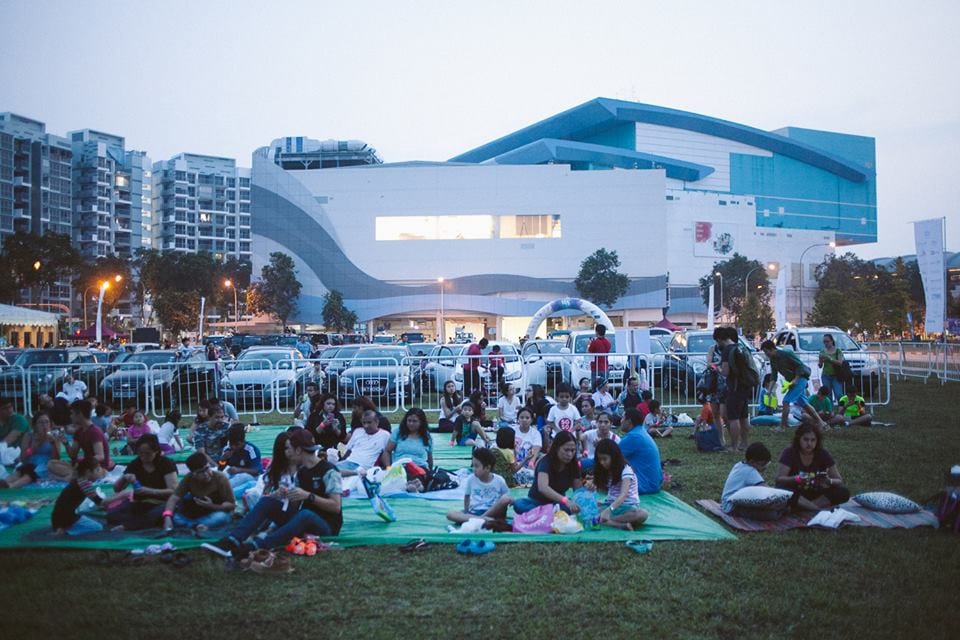 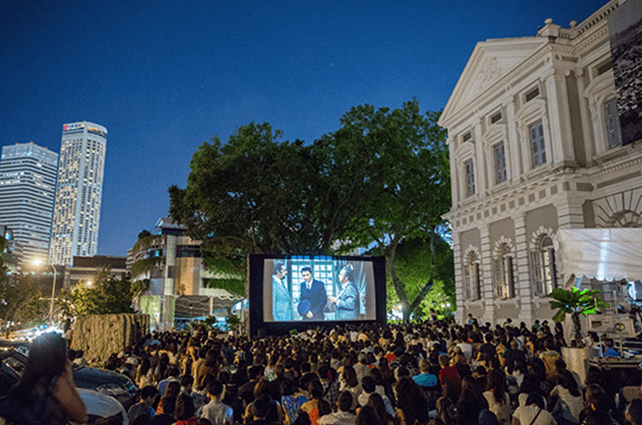 Complete your visit to the museum with an evening Under the Banyan Tree, held on the gorgeous lawns just outside the National Museum

The Projector
This refurbished historic cinema is currently Singapore’s coolest cinema thanks to its 70s feel and screenings of hip, independent films. Catch a film in either of its two halls: The Green Room retains its vintage charm with its old flip-up chairs, while the Redrum has bean bags in the lower rows for a good cosy-up. The lineup for October features a slew of independent films and classic children’s films including Willy Wonka and the Children’s Factory.
The Projector, Golden Mile Tower, 6001 Beach Road, #05-00, Singapore 199589; www.theprojector.sg

Imax at the Omni-Theatre
Enjoy the ultimate movie experience at Singapore’s only IMAX dome theatre – which will visually captivate your kids while teaching them about the environment. Its recent upgrade to a highly advanced digital fulldome system is designed for a fully immersive experience. New additions to the screenings include live shows by science educators so your kids will can enjoy a thorough exploration of space science.
Omni-Theatre, 21 Jurong Town Hall Road, Singapore 609433; www.omnitheatre.com.sg

Capitol Theatre
This glitzy, revamped theatre in swanky Capitol Mall is the spot for premieres, special film screenings, and other film events. Recently, audiences were treated to films from Singapore’s golden age as well as 7 Letters, a proudly local production that had critics raving for ages.
Capitol Theatre, The Capitol, 17 Stamford Road, Singapore 178907; www.capitolsingapore.com/capitol-theatre

Alliance Française
In the mood for a French cinematic treat? Make your way down to Alliance Française for an affordable movie screening. Each month has a theme; October’s all about films starring award-winning actor Vincent Lindon, while November casts the spotlight on female movie directors. For the kids, Alliance Française has monthly screenings of children’s French films so they can be exposed to a different culture.
Alliance Française, 1 Sarkies Rd, Singapore 258130; www.alliancefrancaise.org.sg

The Substation Secret Screenings
If you’re a fan of independent films (and being surprised), head to the Substation for its monthly dose of secret screenings. Showcasing globally acclaimed and groundbreaking movies, The Substation screens films no later than two years from their world premiere date. Here’s the best part – the film will not be revealed until the screening.
The Substation, 45 Armenian St, Singapore 179936; www.substation.org

Films at the Fort
For a fun, romantic date night or a girls’ night out, head to open-air cinema Films at the Fort. Arrive early when doors open (usually 5pm), crack open a couple of beers or a bottle of wine (to be enjoyed with a cheese platter), and sink into soft, reclining cushions. There’s a fully stocked bar too, so you can go ahead and treat yourself after an exhausting week.
Films at the Fort, Fort Canning Park, Singapore 179618; www.filmsatthefort.com.sg

DBS Movies by the Bay
We love watching movies under the stars, and in this case, within the glittering cityscape of Marina Bay. The movies screened here are voted by the public via Facebook. Note: You can even enjoy free popcorn, drinks and snacks thanks to participating social enterprises. How’s that for a fun, free activity?
DBS Movies by the Bay, Along Marina Resevoir and outside Marina Bay Sands; www.facebook.com/dbs.sg

Movie Mob
Nostalgic for the good ol’ days of drive-in cinemas? Movie Mob takes you back to the age of drive-in theatres, where cars parked side by side for a cozy night of movie-watching. Don’t own a car? Movie Mob also organizes non drive-in film screenings at heartland locations such as the plains outside White Sands and even Bedok Central.
Movie Mob, various locations; www.moviemob.sg

Under the Banyan Tree
Wind down from a day of browsing exhibits with an outdoor movie just outside the iconic National Museum. Bring along your picnic baskets and mats and kick back as you enjoy a classic film. Expect a good mix of timeless Hollywood films and family-friendly options. Psst…the Gallery Theatre also screens local short films from time to time, with tickets available on a first-come, first-served basis.
Under the Banyan Tree, National Museum of Singapore, 93 Stamford Road, Singapore 178897; www.nationalmuseum.sg

National Library Board
The library’s not just great for picking up a novel or an educational DVD – it’s a great place to catch a movie! The selection is usually family friendly, with blockbusters such as Avatar and kid faves like Alvin and the Chipmunks. For screenings of alternative films, the [email protected] showcases classic, indie and foreign films.
Various libraries across Singapore; www.nlb.gov.sg