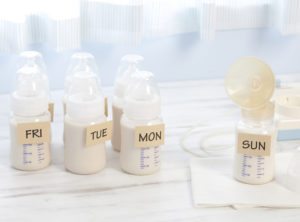 Second-time working mum Jana shares her experience of pumping at her desk and why it's not as easy as she thought it would be...

When I decided to breastfeed, I didn’t realise just how much work it would entail. I didn’t know that I’d have to forego my sleep, sanity and personal space for the next two years, and although it was worth it, it exhausted me. Which is why, now my second baby has arrived, I’ve decided to express my milk, which I presumed would be easier… It’s been trial and error – especially since returning to work – but here are my tips for any other mothers starting out on the #pumplife journey!

But first: my story

I started pumping when my second son was four weeks old. I used a Haaka pump to catch the letdown from my other breast while I nursed from the other side. Surprisingly, my son took to the bottle like a pro (unlike his older brother, who vehemently refused to take a bottle). It was a game changer. Suddenly, I had time to get a haircut, sit down for an actual meal and even… gasp… have a shower. It was glorious. And it felt like I had a little independent baby, who didn’t need me as much. That’s why when I decided to go to back to work and pump, I felt more than prepared to be a fully-fledged working mum. Little did I realise that pumping would be almost just as much work as actual breastfeeding!

For the mums who are currently pumping at work, I salute you (and get you – clogged ducts and all!). Pumping, it turns out, is very different to actual breastfeeding, but you gotta do what you gotta do, right? Here’s what I have learnt on my pumping journey so far.

Your girls will look amazing

Not only because they’re full of milk, but also because they’re pushed up by those wads of cotton also known as breast pads. Don’t forget to stuff them in your nursing bra properly though, because nothing’s more unattractive than a white pad sticking out of your shirt. Especially if it works its way out entirely when you’re in a meeting.

You’re bound to forget something

You’ll need a lot of paraphernalia when you pump. Spare pump parts, the pump, a cooler bag, ice bags, breastmilk bags, pump parts, sterilising tablets, a water bottle… the list goes on. And if you’re like me and your memory isn’t what it used to be (thanks, baby brain), you’re probably going to forget one of these things, more than once. My lesson is now learnt and I have a spare set of everything in the office, and also have a separate pump that I leave on my desk. In my early days, before I was quite so pump-savvy, I even had to express into an office mug. It was no fun at all.

You’ll get milk on at least one article of clothing

Pumping isn’t glamorous. Not only do you have to wear breastfeeding-friendly clothes, but you’ll probably get milk stains on your tops or bottoms. That stuff goes everywhere. Keep a spare set of clothes at work. And don’t wear your swanky threads until pumping days are behind you! 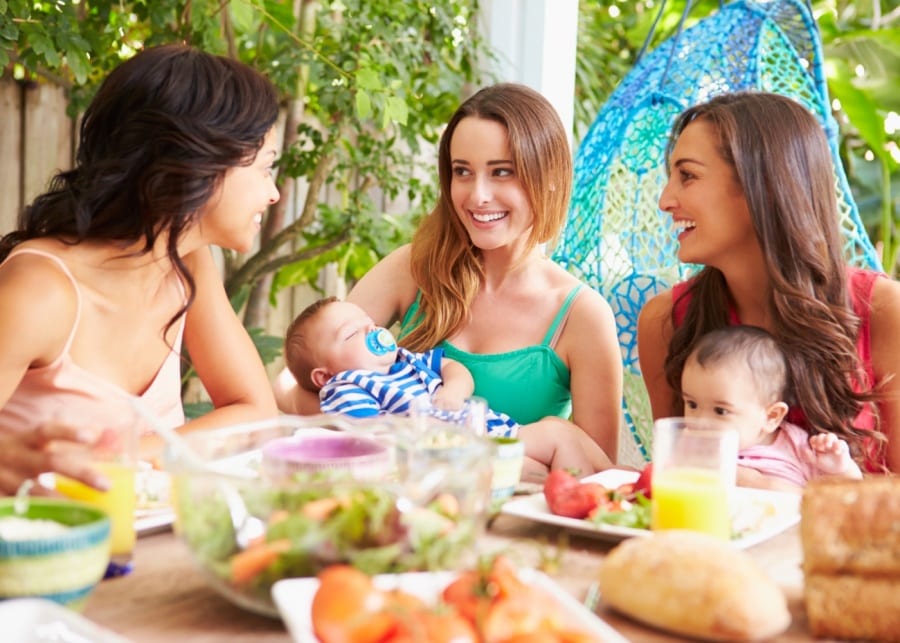 You will get HANGRY

Remember when you were pregnant and you couldn’t stop eating? Well just when you thought that was all over, turns out that pumping and breastfeeding makes you hungry ALL OF THE TIME. Ride with it and eat when you need to, and certainly don’t worry about dieting! My colleagues will back me up here… I’m always the first person at the dining table as soon as I can get away with it being lunchtime, and the crinkle of a food wrapper? I’m there. My advice? Have a ready supply of snacks to hand – everyone in my office knows where to come for a stash of oatmeal or chunk of dark chocolate (my drawer is full of stuff to ward off the hangries).

Unless you’re one of those women who have the ability to lactate on demand or have a limitless supply of breastmilk, you’ll need something to get those milk ducts flowing. Since I pump at my desk, I have huge photos of my kids posted up. And if I need even more pump-spiration, I’ll look at videos of my sons on my phone. The videos that work the best are the ones of them laughing (because who doesn’t love a giggling baby, especially if that baby’s yours?). And back to that stash of food… make sure there are some snacks in there that are known for boosting milk supply.

You can do ANYTHING with one hand

One of the best talents you’ll develop as a mum is your ability to multitask. And when you’re pumping at work, you’ll need it more than ever. The more comfortable you get with pumping, the more you’ll realise that having one free hand is EVERYTHING.

What I’ve learnt so far…

Pumping at work has been hard. I’ve also had my moments of feeling guilty for not physically breastfeeding my baby during the day, but if it’s not one thing to feel bad about, it’s another, right? That’s #mumguilt for you! And a reality that working mums, stay at home mums, single mums, in fact, ALL mums face about so many things (it’s a wonder any of us ever have more than baby at all). But that’s a whole other story in itself.

Good luck, pumping mummies. You’ve got this, and you’re doing an amazing job!

Signs that your little one maybe ready to give up the…

Living the #pumplife at work

Is breast always best? What I’ve learnt from…